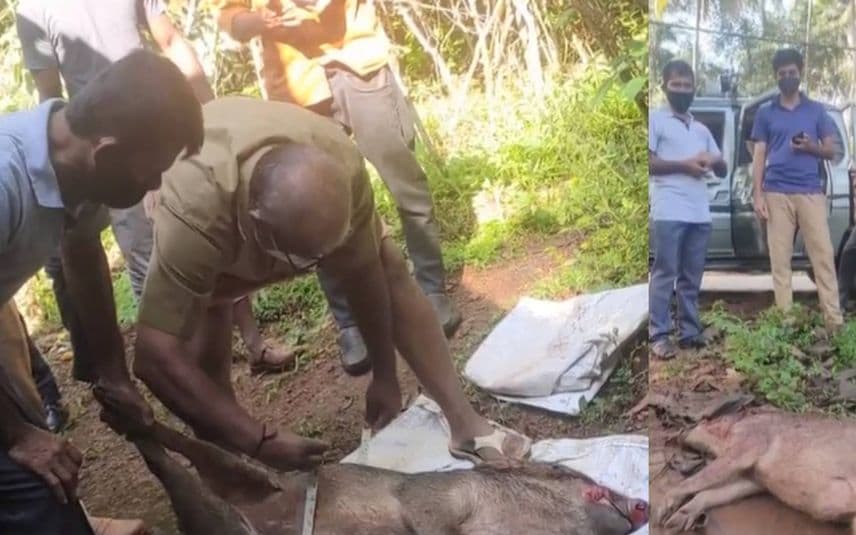 Thiruvananthapuram: The state government has approached the Union Ministry of Environment and Forests requesting to declare wild boars as vermin. The attack of wild animals like wild boar has increased and this causes huge crop loss. Following this, minister for forests A K Saseendran visited Delhi seeking a solution to the issue. He will meet union minister Bhupendra Yadav.

The state will demand that wild boars should declared as vermin and the public should be granted permission to shoot them. However, shooting wild animals would not offer a long-term solution to the problem. So, the minister will also seek a long-lasting solution to the issue.

The minister will ask the union minister to conduct a scientific study regarding why wild animals are leaving forests and entering human inhabited areas. On the basis of this, efforts should be made to create an environment that helps wild animals live in the forests itself.

Within the last five years, there were about 10,335 incidents in which crop losses were reported. The forest department provided Rs 5.54 crore as compensation to farmers and four people were killed in human-wildlife conflicts. These figures will be presented before the union minister.

Though Kerala had requested the Centre to declare wild boars as vermin, they sought explanation in four matters. So, the state is approaching them again along with the reply and the statistics. Only those who have gun license can kill wild boars at present.

As the laws are strict, people hesitate to shoot the animals. If wild boars are shifted from schedule 3 to schedule 5 of the Wild Life (Protection) Act, 1972, the famers can shoot them without any legal formalities.