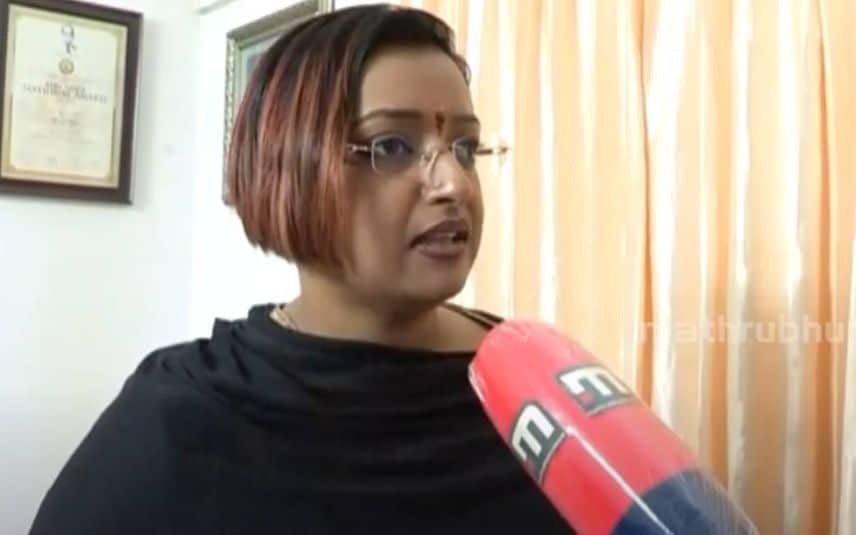 Palakkad: Gold smuggling case accused Swapna Suresh, who is back in the limelight after her recent accusations against CM, his family members and other VIPs, slammed the conduct of officials against the co-accused Sarith PS.

She was reacting to reports that Sarith has been taken by Palakkad unit of vigilance for quizzing in Life Mission case. She put forth a question to mediapersons “why only Sarith is getting targeted in the Life Mission case in which M Sivasankar and she herself are among the accused. First Sivasankar should be taken by the officials," she said.

Earlier today, Swapna had alleged that Sarith was kidnapped from his apartment. According to Swapna, he was kidnapped from his apartment as an apparent counter operation over her remarks in Gold Smuggling case. Swapna had said that a gang which pretended as police officials took him. She alleged that the gang did not even allow him to take his phone and she is unaware where they have taken him. Even his family members were clueless. However, soon reports emerged that Palakkad vigilance officials took him and her comments on the conduct of officials comes amid this.

According to Swapna, the conduct of the officials signifies a witch-hunt. Her life is under threat, she said.

When a mediaperson asked whether she is against the state government or central government, she pointed out that she came to know about the vigilance interrogation through media reports and the media itself should find who has really taken him. She referred politics as a dirty game and said “instead of kidnapping those who stand by her side and her family members, let them kill me”.

Swapna said that there is no fresh FIR cases registered against Sarith and bail was granted in earlier cases. She asserted that she will file a habeas corpus lawsuit. She also urged the CM to give protection to her and to those who support her.

Meanwhile, vigilance unit maintained that the move to take Sarith was done on direction of the special investigation agency. It is learnt that the vigilance has not named the agency.