What did KPCC do except hold boring press meets? Congress leaders raise criticism

Shanimol Usman asked what action KPCC took other than organising uninteresting press conferences. The leaders can keep praising each other, but the party workers cannot accept it. The people may question them, she added. 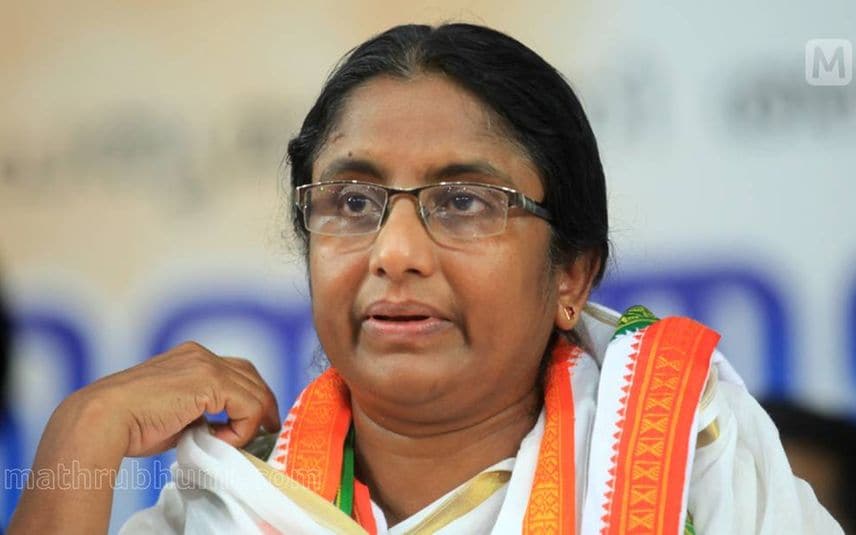 Thiruvananthapuram: Harsh criticism has been raised against Congress leadership in the KPCC political affairs committee meeting. All leaders unanimously opined that failure in the organisational system resulted in the poll debacle.

The leaders also stated that instead of hiding the debacle, the party must be transparent to admit the defeat. Leaders like V D Satheesan, P C Chacko, K Muraleedharan, K Sudhakaran, P J Kurian, Shanimol Usman, Benny Behanan and P C Vishnunath attacked the KPCC leadership after the local body poll results were out.

Shanimol Usman asked what action KPCC took other than organising uninteresting press conferences. The leaders can keep praising each other but the party workers cannot accept it. The people may question them, she added.

V D Satheesan ridiculed that if the party continues to function like this, they can convene another meeting after 6 months to discuss the debacle in assembly polls. He added that holding press conferences every day will not get them any votes.

In response to Mullappally Ramachandran’s remark that they won 10 more panchayats, P C Vishnunath asked if they only want to win 10 more seats in assembly polls too. He also asked what step Congress took when CPM and BJP utilised the social media platforms well.

K Sudhakaran insisted on a re-organisation from the lower level. P J Kurian alleged that only faction-based war was taking place instead of election campaign. Everybody opined that the candidate selection was wrong.

Besides, criticism arose against not providing any financial assistance to the candidates and not assigning any responsibility to the KPCC leaders. The alliance with Welfare Party also was widely criticised.

Cross voting in central Kerala was fatal. The loss in Christian votes was not only due to the Jose K Mani’s shift to LDF. Right decisions should be taken ahead of the assembly polls, the leaders demanded.

The general secretaries who are in charge of the districts should submit report within two days. A political affairs committee meeting will be held in two days in which the leaders will directly attend and discuss the poll debacle. KPCC secretaries will be given charge of the 140 assembly constituencies.