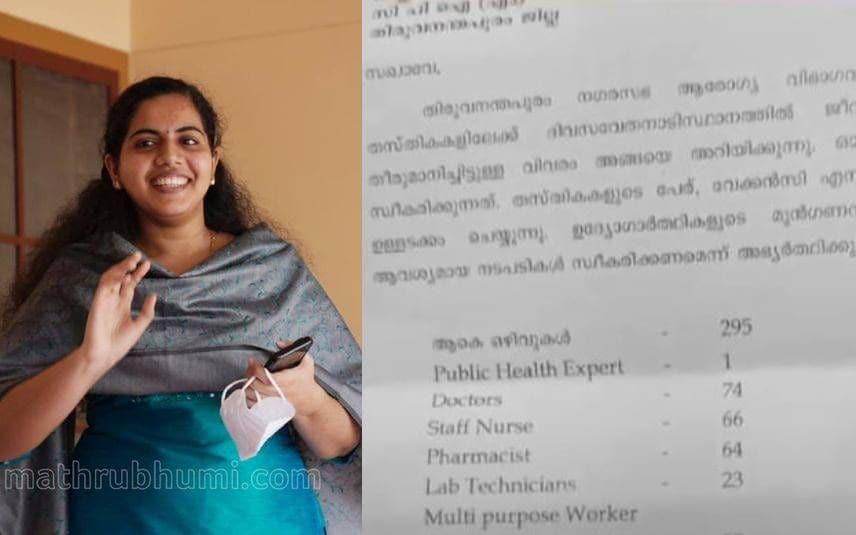 Thiruvananthapuram: The Thiruvananthapuram Municipal Corporation said in a press release on Saturday that no letter had been issued regarding temporary appointments. It also said that neither the mayor nor the office of the mayor had sent the letter in question.

The corporation does not have the practice of issuing such letters, the press release read. It stated that Mayor Arya Rajendran was not present in Thiruvananthapuram on the date the letter was issued. The corporation further said that they would take legal action against the "false propaganda."

An official investigation is underway. In the past, some people have tried to disparage the corporation and the mayor. When those efforts failed, they came up with new allegations, it said.

The statement added that in the light of the controversy, the corporation has decided to fill all the vacancies through the employment exchange.

It is learnt that the mayor will file a complaint regarding the controversy with the city police commissioner.

A letter had earlier surfaced, which was allegedly written by the mayor, to CPM district secretary Anavoor Nagappan. This letter sought a list of candidates for the 295 temporary vacancies in the corporation.

Later, another letter came out that was allegedly written by CPM corporation parliamentary party secretary DR Anil to Nagappan. This letter sought candidates to be appointed for nine vacancies at the SIT hospital in Thiruvananthapuram.