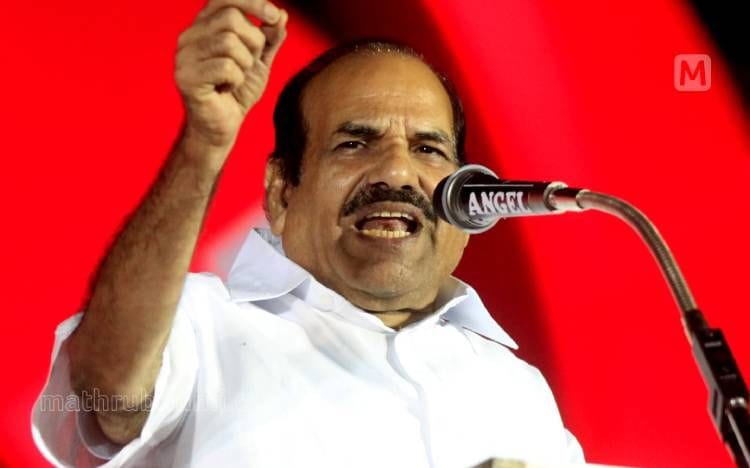 Kochi: Days ahead of the Thrikkakara Assembly by-election, the ruling CPM on Tuesday said it does not want the support or votes of the RSS and the SDPI and challenged the Congress party to do the same.

Expressing confidence that the Left Front will win the by-poll in Thrikkakara, CPM state secretary Kodiyeri Balakrishnan alleged that the Congress party has joined hands with communal forces across the country and its leaders were migrating to BJP.

He said the Congress party has entered into an "unholy nexus" the BJP and it was evident with the visit of UDF candidate to the BJP office seeking votes.

Balakrishnan's statement came when asked about the Congress party's allegation that communal forces were given a "free hand" in the state.

Attacking the Left government over the issue of a minor boy raising provocative slogans during a PFI rally in Alappuzha, Leader of Opposition V D Satheesan has said that the government has taken a "disappointing stand".

Satheesan has earlier alleged that none from the Left party has criticised the provocative slogans of PFI in Alappuzha.

"The lack of stern action from the state government against such communal acts are leading to more such incidents. The Congress will never join hands with communal forces," Satheesan has told reporters here.

Criticising the visit of Congress candidate Uma Thomas to the BJP office while its senior leader Kummanam Rajashekharan was present, Balakrishnan alleged that both the parites have joined hands.

He said the Congress has initiated an unholy nexus with the BJP.

"It was a political decision of the Congress and that's why the candidate reached the BJP office to meet the senior leader of the that party," Balakrishnan alleged.

A short video of a boy sitting on the shoulder of a person during the "Save the Republic" rally held by the PFI in Alappuzha on May 21 and raising allegedly provocative slogans has gone viral on social media.

The provocative sloganeering by the child has drawn flak from various quarters.

DYFI, the youth wing of the ruling CPM alleged that the sloganeering was part of the communal agenda of to divide the secular Kerala.

The PFI, in an internal note has said such slogans were against the policy of the outfit and would look into the matter.

One person was arrested and another has been taken into custody in a case registered in the matter.