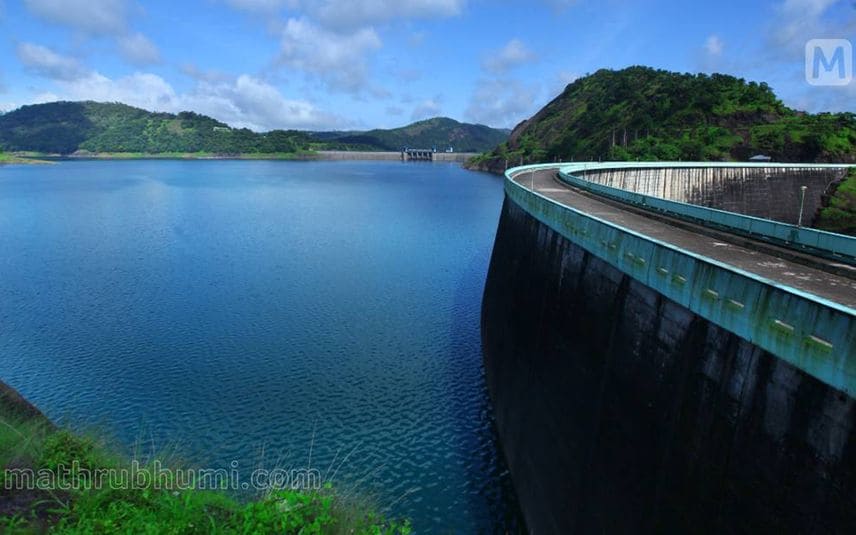 Meanwhile, heavy rain is continuing in the region including Idukki dam for the last 2 days. The rainfall was recorded at 21.5 mm on Monday and 51.8 mm on Tuesday. 10.27-million-unit power was produced in the dam within these days. It is observed that the dam should increase power production to maximum inorder to control the water level.

If rain continues, water level will cross 2390.8 ft by Wednesday noon. Control room will start operation at the dam once the blue alert is sounded. Precautions will be taken observing the water level. As per the rule curve, orange alert and red alert will be sounded when the water level rises to 2396.8 ft and 2397.8 ft respectively.

IMD has forecast that the cyclonic circulation over the Arabian Sea which triggered incessant rains in Kerala will continue for two more days. Hence, heavy rains will lash North Kerala in the next three days.

Revenue minister K Rajan informed that there is nothing to worry. A low-pressure area will form in the Bay of Bengal on Wednesday and it will move to Andhra and Odisha coasts, said the minister during a video conference with district collectors.

The IMD has alerted that heavy rain will lash the state for the next 5 days. An orange alert was sounded in 9 districts including Ernakulam, Idukki, Thrissur, Palakkad, Malappuram, Kozhikode, Wayanad, Kannur and Kasaragod.

The incessant downpour has increased the water level in Periyar river. The water level is marked above 1.08 metre on the water scale installed at Aluva water treatment plant. As hilly regions also received heavy rainfall, large quantity of water flowed to the river.

Following this, Aluva Shiva temple was flooded in the wee hours on Tuesday

Chalakudy has been facing a flood-like situation from Tuesday. Though rain subsided by noon, the officials informed that the chances of flood is not over yet. As the IMD has sounded orange alert for the next two days, heavy rain will continue in Chalakudy. Low-lying areas have been inundated. The district administration has given orders to shift people residing in low-lying areas in 7 panchayats from Athirappilly to Poyya and Chalakudy municipality.

Five dams were opened in Palakkad amid the heavy rains. More water was released from Kanjirappuzha, Mangalam, Pothundi and Siruvani dams. Shutters of Parambikulam dam was opened on Tuesday morning. Meanwhile, 12,000 cusecs water has been released from Peringalkuthu dam to Chalakudy river.

Alert was sounded in Malampuzha, Meenkara and Chulliyar. Water is being released from Siruvani through river sluice.