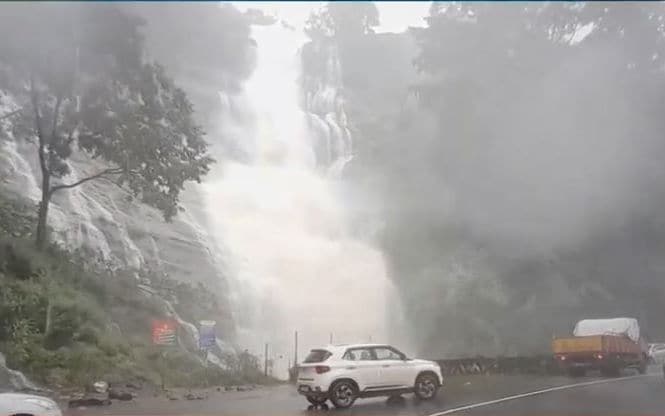 Thodupuzha: Heavy rain continues to hit the southern districts of the state. The surge in water level at Mullaperiyar and Idukki dams lead to an alarming situation here.

Traffic has been hindered in many locations, including Thodupuzha and Muvattupuzha due to floods followed by the incessant rain from Wednesday. Heavy rain lashes the high-range regions such as Rajakkad and Kattappana.

The water level has touched 135.20 feet in Mullaperiyar recently. The rain water received at Periyar tiger reserve reaches Mullaperiyar only on the next day. Therefore, the water level in the dam may increase even more in the upcoming hours.

A blue alert has been issued in the Idukki dam at present as the water level hit 2376.28 feet.

Following the collapse of road at Chakkochi Valavu in Neriamangalam-Kochi-Danushkodi National Highway, Idukki collector has announced caution for the passengers who travel via this route.

The causeway bridge which connects Idukki and Kottayam districts was flooded due to the increasing water level in Azhutha river. It has been hinted that a mudslide inside the forest may have caused the surge in water level in the river. Water level in Meenachil river also crossed the danger mark in the Cheppad region.