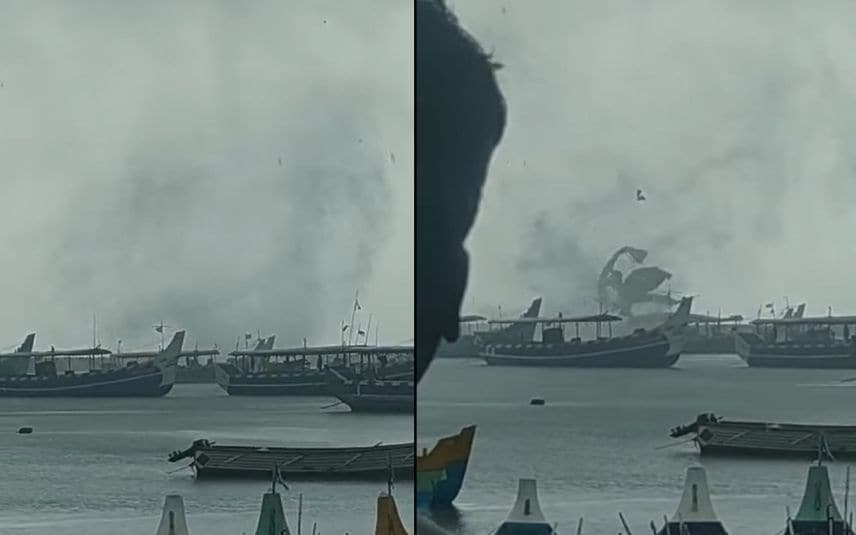 The cyclone that hit shore near harbour

Kozhikode: A brief cyclone that hit shore near the Vellayil harbour region here on Friday has left four boats damaged.

The cyclone hit shore around 10:30. The heavy winds and waves did not cause any casualties as the workers were not inside the boats.

However, it is estimated that damages worth Rs 3 lakh have happened to the boats. The roofs of some boats were overthrown in the cyclone.

Mani should not have said that, will speaker come soon? Asks nervous EK ...