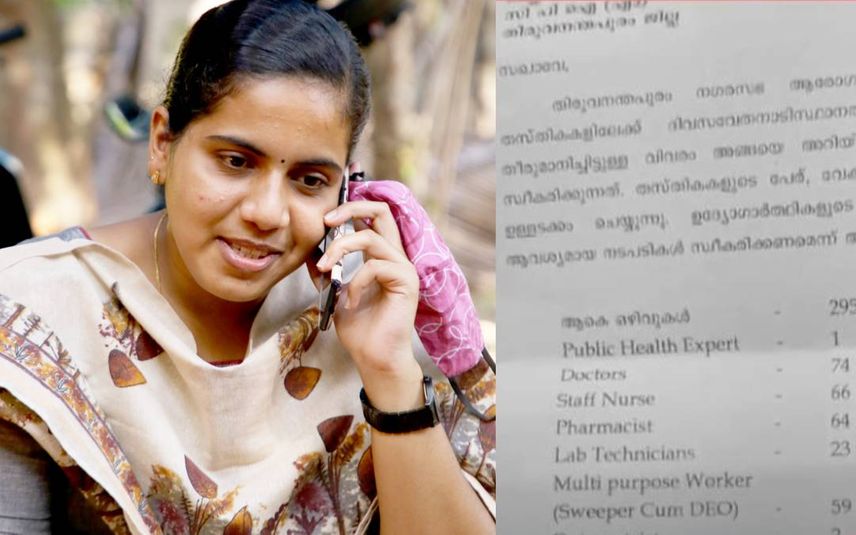 A letter, allegedly written by her on official letter pad, to CPM district secretary Anavoor Nagappan, seeking candidates for upcoming vacancies in the corporation had surfaced earlier.

Arya said the party is investigating the incident and that she would issue an official statement after discussing with the party leadership.

Nagappan said he had not seen such a letter, adding that he cannot confirm if the letter was fake. The CPM district secretary said he would react to the controversy after talking to the mayor.

The letter sought a list of candidates for 295 temporary vacancies in the Thiruvananthapuram Municipal corporation. It mentions appointments to temporary posts in the health department on a daily wage basis. The letter was dated November 1. The letter came out after the district leaders allegedly circulated it in their WhatsApp groups.

Meanwhile, another letter requesting a list of candidates to be appointed for nine vacancies at the SIT hospital in Thiruvananthapuram has also come out. The letter written to Nagappan is from Corporation Parliamentary Party Secretary DR Anil. He has also denied writing such a letter.