War of words between CM, Oppn leader in assembly over Kodakara case 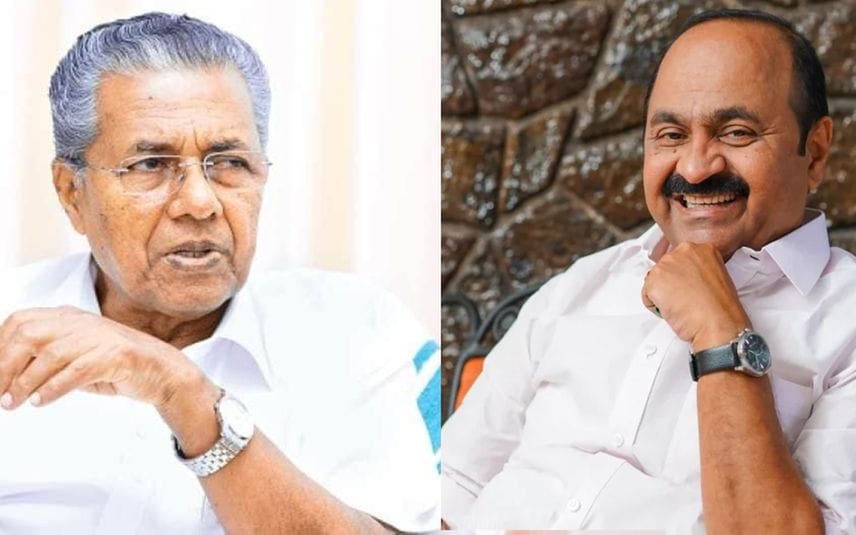 Thiruvananthapuram: Kerala Chief Minister Pinarayi Vijayan on Monday said the police had handed over details of the probe into the Kodakara hawala heist case, allegedly involvingthe BJP state leadership, to the Enforcement Directorate (ED) after the central investigation agency had sought the same.

Vijayan, who was replying to an adjournment motion on the issue, said the ED sought the details on May 27 and the police submitted them on June 1 itself.

However, the hawala heist case led to a war of words between the Leader of the Opposition V D Satheesan and Vijayan in the state Assembly after the Congress leader asked whether there was a plan on part of the Left government to compromise the case for the BJP.

Vijayan retorted and said his party never had any history of compromise with the BJP and said all the culprits in this case will be brought before law.

"We doubt whether the police and the Left government have effectively investigated the source and funding of black money at the behest of BJP leaders in Kerala. One fine day, the central investigation agencies almost ended the probe in Kerala over the gold smuggling case just before the elections. We doubt whether you both will reach a compromise," Satheesan said.

The adjournment motion was moved by Congress MLA Shafi Parambil, who said the BJP was trying to destroy the democratic set-up of the country by pumping black money during elections and asked the police to act in an unbiased manner.

However, Vijayan attacked the opposition Congress and pointed out that it was the thenOommen Chandy government which had withdrawn the case against Pravin Togadia.

"We all know who are experts in compromise. The case against Praveen Togadiya was withdrawn by the Congress party. We are not worried. We are not from your school of politics. We will not compromise," Vijayan said.

The Oommen Chandy government had in 2014 withdrawn a case registered against Vishwa Hindu Parishad (VHP) leader Togadia for his speech in Kozhikode on July 8, 2003.

Vijayan also said it was the Congress government which had withdrawn the case against Akhil Bharatiya Vidyarthi Parishad (ABVP) workers who had bombed a police constable during a violence at a college here.

He said theuse of black money during election time is to subvert the democratic process in the country.

The chief Minister also said that the special investigation team is conducting a comprehensive probe into this serious matter of black money.

"We will not allow any culprit to escape the law. If there was any attempt to destroy the democratic set-up of our land, this probe will bring it out too," he said.

Explaining the timeline of the hawala case, Vijayan said there was a complaint filed that a gang waylaid the car of Shamjeer and fled with Rs 25 lakh.

However, when the police questioned Dharmarajan, the person who handed over the money, they found that there was Rs 3.5 crore in the car.

"Further, the police charged sections 412, 212, 120 (B) of the Indian Penal Code (IPC). The state police have recorded the statements of 96 witnesses. Twenty persons were arrested in connection with the case and were remanded to judicial custody. The police have also found Rs 1,01,12,001 out of that Rs 3.5 crore and 347 grams gold which was purchased using the stolen money," Vijayan said.

He said the ED had on May 27 sought the details of the probe and the investigating officers handed over the necessary documents on June 1.

Attacking the union government on the issue, Vijayan said the November8, 2016 demonetisation which the BJP claimed as a step to eliminate black money, had only affected the unorganised and common people of the country.

Other than destroying the unorganised sector and the common public, we need to introspect what other achievements were there due to demonetisation, he said.