Investigating officer Sojan forced me to take up the responsibility of the crimes when he summoned me to the police station for interrogation. 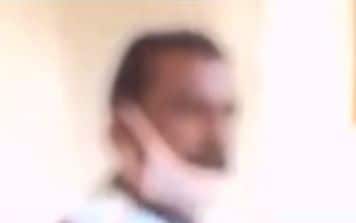 Stepfather of the girls addressing the media | Screengrab: Mathrubhumi News

Palakkad: The family of the Walayar minor girls who were allegedly raped and murdered has raised serious allegations against the investigating officer. The stepfather of the children revealed that the officer compelled him to take up the responsibility of the murders.

Investigating officer Sojan forced me to take up the responsibility of the crimes when he summoned me to the police station for interrogation. He said that many fathers in Kerala end up doing these acts. He also offered that if I take up this he will save me later, the victim's stepfather said.

Meanwhile, the mother of the girls started a protest seeking justice. She is staging the protest in front of the house where the girls grew up. The strike started on the same day when it turns one year since the all the accused were acquitted.

Palakkad MP V K Sreekandan, political leaders and other cultural activists also were present at the venue. MP V K Sreekandan told the media that even after the mother of the girls requested the chief minister for justice, no action was taken.