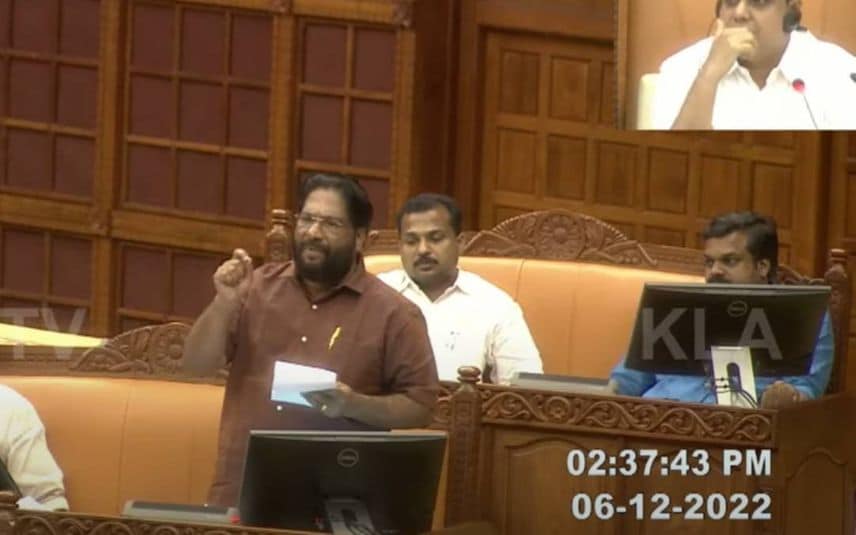 Thiruvananthapuram: Varkkala MLA V Joy took a dig at the Latin Church for allegedly promoting extremism in the protest against the Vizhinjam seaport project. He was addressing the assembly during the discussion on an adjournment motion related to the port project.

“ Latin Church is a holy one. We know the history of former Latin Archdiocese bishop Peter Bernard who donated the land of the church and a school for the construction of ISRO. But now, I don’t know what happened to the priests. They are supposed to preach love. But they are making statements which distort peace. Such moves are a clear example of extremism. Latin Church which has a rich heritage should not divert the people to the path of extremists.” said Joy.

He also criticised MLA M Vincent who moved the adjournment motion against the Vizhinjam port project.

“ I don’t say everyone is supporting the port project. But a group of people are trying to defame LDF in Kerala through extremist acts. They are planning for a communal clash over the project,” added Joy.

He also pointed out the violent acts of the anti-port protesters while arguing about the extremist nature of the protest.

“ The protesters were seen blocking the national highway. Usually, ambulances and vehicles to airports were allowed to move during such protests. But these agitators were not allowed numerous vehicles which are heading to airports. Over 150 people became jobless due to this issue. They also blocked ambulances for hours on the road. The protesters even tried to torch a boat in front of the secretariat. But this mission failed. Some priests are promoting violence through their speeches. The government has been intervening to settle issues of the fishermen,” pointed out Joy.