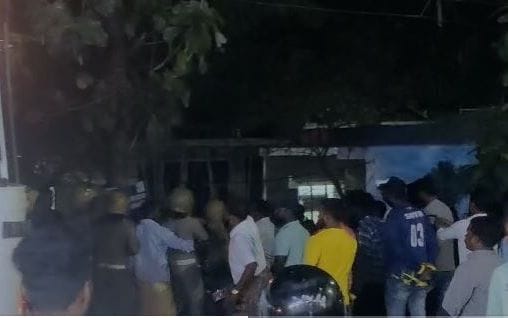 Kochi: The Kerala High Court here on Monday postponed the hearing into Adani Group’s plea against the anti-port protest at Vizhinjam. The court will consider the plea on December 2.

The court took the decision as the state government sought more time to file an affidavit on the ongoiing protest and the violence which took place on Sunday night.

However, the government briefed the court on available details and assured that the affidavit will be filed by December 2.

It informed the court that economic losses caused by the ruckus should be recovered from the protesters. The government also elaborated on the causalities.

Meanwhile, Adani Group raised a slew of claims against the protesters and government at the court. The counsel said police were mere spectators and interventions of state government yielded no results. Adani Group demanded the deployment of central forces at the construction site of the port. Even priests took the law into their hands, it claimed.

The court reportedly took a serious note against the state government's stance and noted that the police are supposed to maintain the law and order situation. Waiting for judicial direction is not required when duties are already implied upon, said the court.