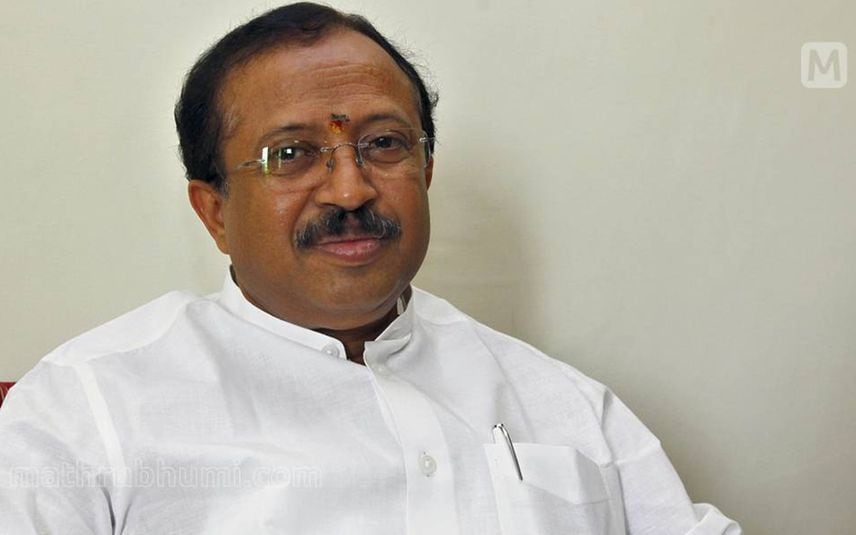 New Delhi: Minister of State for External Affairs & Parliamentary Affairs, V Muraleedharan, reacted to Sunday's violent protest and attack at the Vizhinjam Police Station and criticised the Kerala government by alleging that it "failed to convince people" regarding the benefits of the port project.

"It is the failure of the government in convincing the agitators on benefits of the project," V Muraleedharan said while stressing the non-involvement of state Chief Minister Pinarayi Vijayan in the "serious issue."

He said that the government is not seriously concerned about the issue and the Chief Minister is not yet involved in the issue as is evident with the all-party meeting (regarding the project) convening at the district level.

"It is a serious issue that erupted in Thiruvananthapuram at the project site. In fact, the agitation has been going on in the city for a long time by the people who are affected perhaps. Their concerns are definitely to be addressed," he added.

He further said, "At the same time, the government should be firm on the continuation of the project. At this point, nobody in Kerala would feel that the project should be shelved."

The MoS' remarks had come as a reaction to Sunday night's protest led by the people opposing the Adani port project, and demanding the release of the ones arrested by the police. However, earlier in the day, the police released four of the five protesters arrested by the Vizhinjam police for allegedly blocking trucks in Thiruvananthapuram which led to a scuffle.

In the conversation with media persons in Kochi, Kerala Law and Industries Minister P Rajeev asked how the plan to stop the project at its final stage came about.

"Of the seven demands (including the implementation of a rehabilitation package announced by the State government and extending it to the affected families) except to stop the construction work at the port, all were accepted. No one has been evicted for this project. Then, how come the plan to stop it at the last stage came?" P Rajeev said.

"77 per cent of the country's exports depend on the Colombo port. But the Vizhinjam port itself can do this which will be of great help to India's economy," Kerala Law Minister said further in support of the port construction.

P Rajeev further claimed that it was 'not a usual' atmosphere of conflict, as a priest had called for burning down a police station.

"Yesterday was not a typical atmosphere of conflict. It was shown in the media that some priests called for burning down the police station. This is not the way to approach this problem. The government has tried to solve this problem through negotiations," he said mentioning that the confrontation is not the approach of the government.

On Sunday, the police said that they had booked Arch Bishop Thomas J Netto, Auxiliary Bishop Christuraj and the priests on several charges including conspiracy, incitement to violence and attempt to murder.

A case was also registered against protesters supporting the port project, the police said.

In September, the Kerala region of the Latin Catholic Council (KRLCC) launched a 'Janabodhana Yatra' from Moolambilly in Ernakulam district to Vizhinjam in Thiruvananthapuram as a part of a solidarity protest against the fishermen, who are holding protests at Vizhinjam against the Adani port project.

The churches of Kochi also extended their support to the fishermen, with priests and clergymen forming a human chain with the support of locals spread over 17.5 km.

Amid the said fishermen's protests, the Kerala High Court on August 26 directed the Kerala Police to ensure the maintenance of law and order at the construction site of Vizhinjam International Seaport.

The fishermen's protest was agitated after their All-party meeting with the government failed as their demands were not met.

The Secretary of the committee spearheading the protest, Fr Theodeashius Dcruz had told mediapersons that they wanted the construction of the port to be stopped immediately.Dcruz had further underscored that it was not a natural port and if one goes inside, they can witness huge sand dunes dredged from the sea piled up.

He mentioned that the lives of 50,000 fishermen were at stake and they will continue the protest until the construction is stopped.