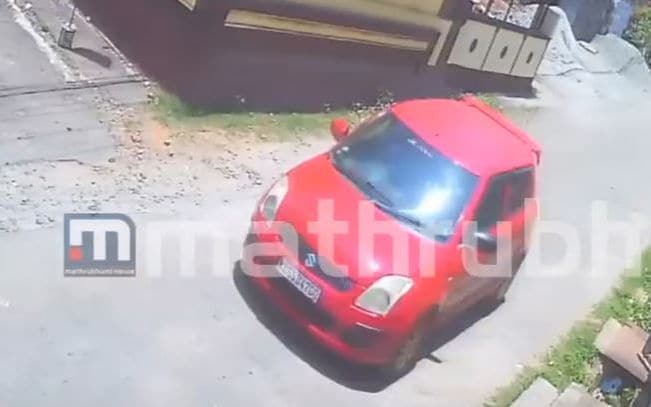 Palakkad: The visuals of the car that brought tools for the murder of RSS activist Srinivasan in Melamuri have come out. The visuals show a red Suzuki Swift car with the registration number KL 55 D4700. The car can be seen passing alongside three bikes in front of the BJP office in Palakkad at around 12.37 pm on April 16.

The car is owned by Pattambi native K V Nasar. Police suspect that the gang arrived at Melamuryi by travelling through several shortcuts.

It was earlier found out that the six-member gang that arrived on three bikes had murdered Sreenivasan. Police had also found out that four men, apart from these six accused, kept guard and were covering the spot by keeping an eye on people around the location of the murder.