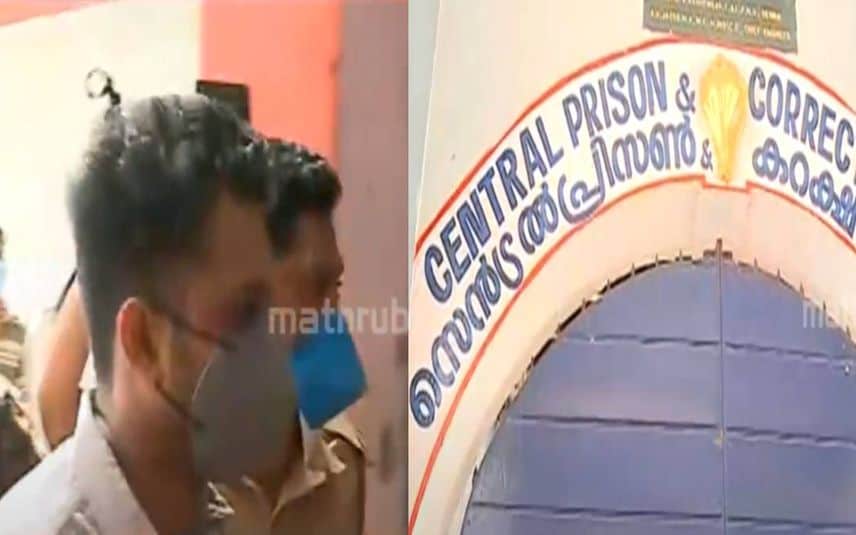 Thiruvananthapuram: Kiran Kumar, who was sentenced for 10 years of rigorous imprisonment in the case over the death of his wife Vismaya due to dowry harassment has been taken to Poojappura central jail. He was brought from Kollam to Poojapura at 11 am on Wednesday. Though the media sought the response of Kiran Kumar before entering into prison, he remained silent. After completing the procedures of the prison, he would be shifted to a cell.

Kollam Additional Sessions court on Tuesday sentenced Kiran Kumar to 10 years of rigorous punishment and a fine worth Rs 12.55 lakh. The court had awarded a total of 25 years of rigorous punishment for Kiran Kumar under five various charges. However, the convict has to undergo a jail term of 10 years as some of the punishments can be served together. If he refuses to pay the fine, the convict has to go through an additional jail term of 27 months and 15 days. Rs 10 lakh has been the maximum fine imposed under the Dowry Prohibition Act here. Rs 2 lakh out of the total fine has been directed to be paid to the parents of the victim.

Kiran Kumar married Vismaya on May 31, 2020. She was found dead in the bathroom of her husband's house at Sasthamkotta in the Kollam district on June 21, 2021. The prosecution had accused Kiran Kumar of dowry harassment, physical assault, abetment to suicide, and death threat. The prosecution submitted 12 pieces of evidence, statements of 41 witnesses and 118 documents concerning the case.

Thiruvananthapuram: Kiran Kumar, who was sentenced for 10 years of rigorous imprisonment in the case over the death of his wife Vismaya due to dowry harassment ..

Kochi: The Kerala High Court in response to the plea submitted by the survivor in actress assault case raising allegations of political intervention in ..