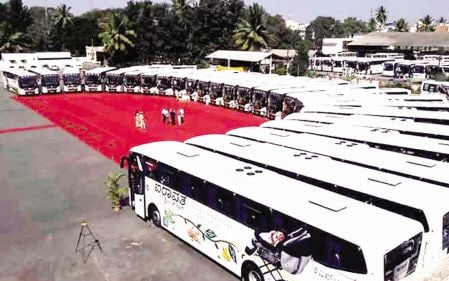 Bengaluru: Karnataka RTC has announced 47 special services from Kerala to Bengaluru after the Vishu-Easter holidays. Special buses will run on April 17 and 18.

There will be nine services from Kannur and 13 from Ernakulam. Also, seven services from Kottayam, six from Kozhikode and nine from Thrissur will be available. Reservation of special buses has started. As many Malayalee travellers return on Sundays after the Easter holidays, tickets on those days are sold out very quickly. Karnataka RTC officials said that more special services will be announced as the tickets run out.