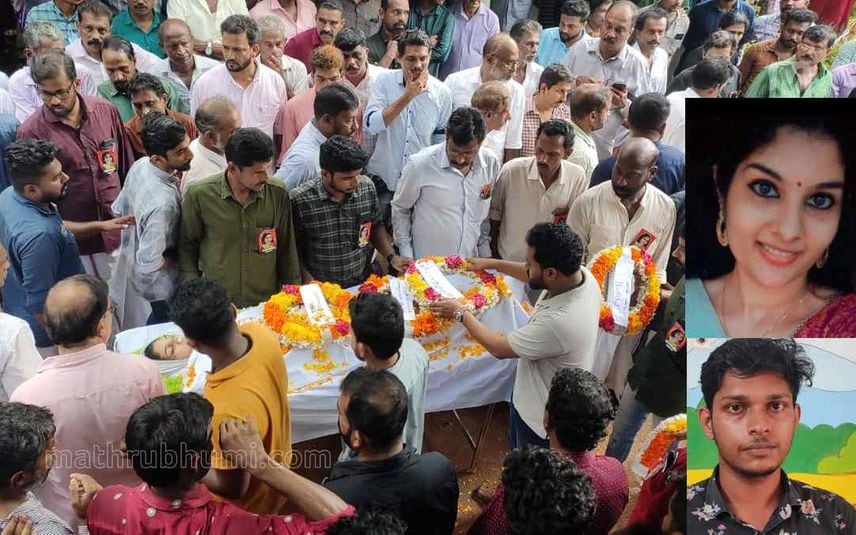 It is learnt that Shyamjith murdered Vishnupriya when she was in a conversation with a friend over the phone. Hence, his statement turned crucial for police in nabbing the accused.

On Sunday, police recovered the weapons used by the accused. He had abandoned a bag which carried the weapons on a water-logged field near his house. During the evidence collection, Shyamjith spotted the bag for the police. The bag carried a hammer, knife, battery-operated knife, chilli powder, knife sharpener and screwdriver. According to police, one of the knives was made by the accused. Chilli powder was carried for destroying evidence in the case. Police also seized the bike used by the accused.

Meanwhile, Vishnupriya’s mortal remains were taken to her residence at Panoor. A huge number of people gathered at the residence for paying last respects to Vishnupriya.

The funeral will be held at her residence after public homage.

Vishnupriya (23), a pharmacist was hacked to death allegedly by her ex-lover at her home near Panur in Kannur on Saturday.

She was found dead in a pool of blood with a slit throat and deep wounds on her neck and hands at her residence in Vallyayil at around noon, they said.

Police arrested the accused, Shyamjith, a 25-year-old native of nearby Manantheri, within hours of the gruesome murder.

Three of a family die by suicide in Bengaluru; Police outline Kerala connection ...