Police suspect that the accused kept the weapons in the bag with an intent to destroy the evidence. 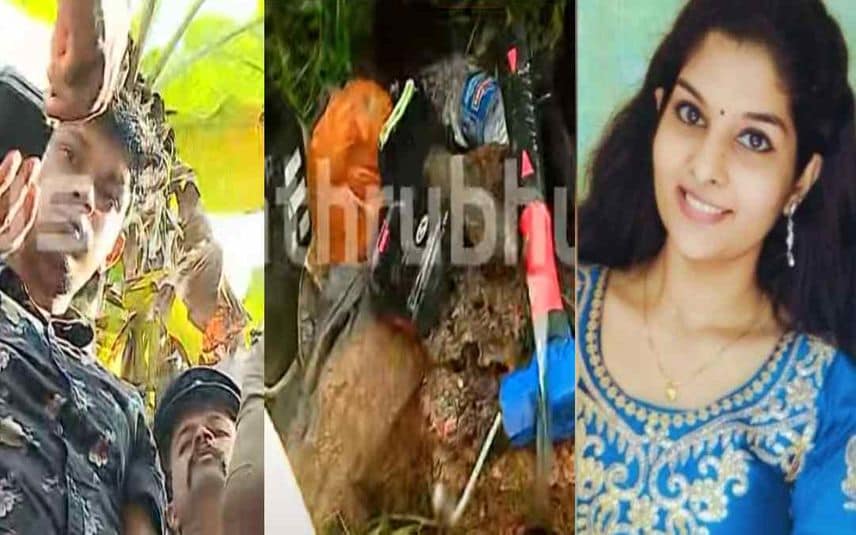 Kannur: Vishnupriya murder case accused Shyamjith was taken for evidence collection on Sunday. The police found the murder weapons inside a bag which was thrown into a pond near his house. The police recovered a hammer, knife, a blade to sharpen the knife, chilli powder, clothes that he wore at the time of crime and a mask from the bag.

Police suspect that the accused kept the weapons in the bag with an intent to destroy evidence. A part of the rope, which was found at Vishnupriya’s house, was also found inside the bag.

Vishnupriya was found dead with a slit throat and deep wounds to her neck and hands at her house on Saturday. As per the primary report, there were 18 wounds on the 23-year-old’s body.

The accused, who is a native of Manantheri, was arrested within hours of the murder.

Vishnupriya was talking to a friend over WhatsApp when Shyamjith attacked her. After examining the call, police identified the Ponnani native, who told them that she screamed Shyamjith’s name before disconnecting the call. This helped the police to find the accused.