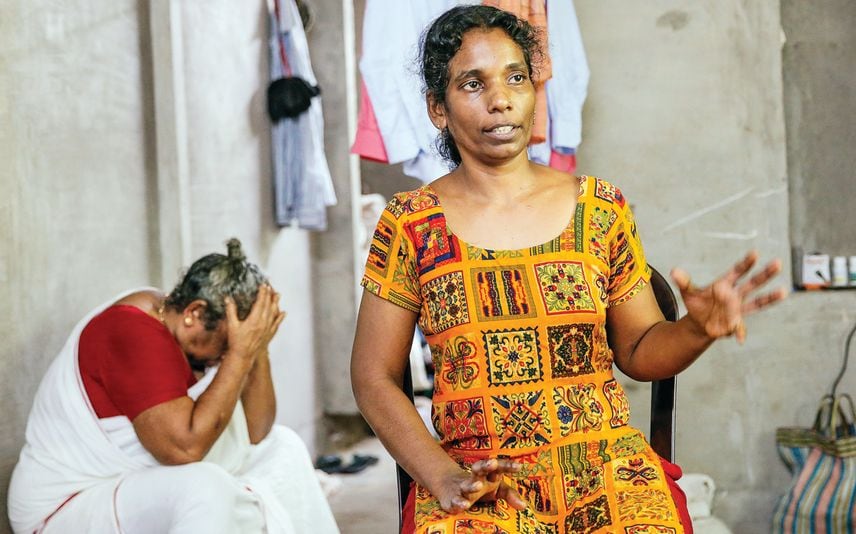 Thrissur: Karuvannur native Vineetha’s heartbreaking narrative is one among the deplorable lives of many expatriates who quietly suffer assaults in the Gulf countries. Vineetha put up with the violence of a lady who hired her for domestic jobs in Kuwait for the past five months. She returned to her homeland after spending three days in a shelter arranged by the Indian Embassy, from where she met women who went through similar traumas. Their only request to Vineetha was to reveal their pathos to the world so that they too can escape.

Vineetha was eager to go to any gulf country for a job when her family was entrapped in utter poverty. When a private agency ensured job of taking care of children in Kuwait, she borrowed money to reach there. She boarded a fight on February 21 and the representatives of the agency took her to Shamiya, where she was employed as a servant at a house. She was entrusted to do all domestic chores in that house with a four-year-old child and a divorced woman. However, Vineetha decided to pursue the job as she was extremely worried about the financial condition of her family.

Soon the woman of the house began to physically assault her. The agent did not pick up the call when Vinneetha rang up for help. Vineetha said once her nose bled after the woman thrashed her face and hit on her head with an iron rod. As there was no way to escape, she posted her plight on a social media platform. The house owner, who got annoyed by this, continued the assault even more severely. Vineetha recognised the trap only when the house owner informed her that she was bought as a slave.

Fortunately, she could call and seek help from the Indian embassy, which paved way for her release. Vineetha reached her house in Karuvannur on July 31.

The construction works of her house on five cents remain unfinished and her husband, who suffers from a lung disease, lives in this house. He is currently unable to go to work. Vineetha has to look after her mother Thankamani also. Her only son Arjun is an engineering student.

Suspected monkeypox case: Sample of youth who died in Thrissur sent for confirmation

All passenger trains except one restarted in Kerala