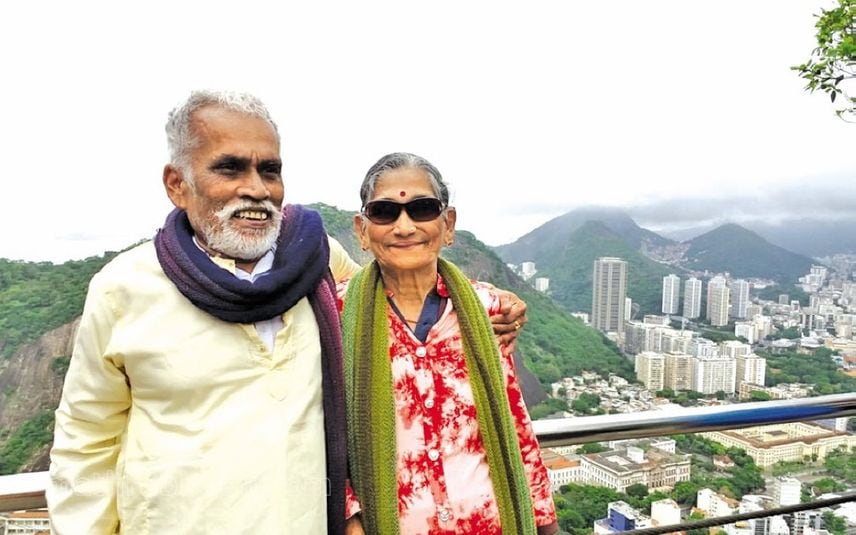 Kochi: The tea stall owner K R Vijayan aka Balaji who travelled to 25 countries along with his wife passed away here on Friday morning due to a heart attack. Vijayan was 76. He hails from Kadavanthra in Ernakulam.

He and his wife Mohana had gained media attention as they managed to travel to over 25 foreign countries across 6 continents during the past 14 years with the earnings from a small tea stall. Their last trip was to Russia in October this year. They were planning to go to Japan also.

The owner of a small teashop in Kathrikadavu in Ernakulum, he travelled to 25 countries including America. He was selling tea for Rs 5 and has been running the stall for over 40 years. Vijayan ended his education in his first year of pre-degree and took up tea selling. He was planning to publish a travelogue too.

Kochuparambil K R Vijayan’s aka Balaji’s first trip was to Egypt, in 2007. His wife Mohana accompanied him on all these trips. The couple's two daughters and sons-in-law always supported their passion for travelling.

Singapore is his favourite country because of how clean and hygienic the place is. He came back home from Singapore trip after willingly keeping aside his desire to open a tea-shop in Singapore.

Read more: Tea-seller who travelled 23 countries, to write travelogue to fund another trip