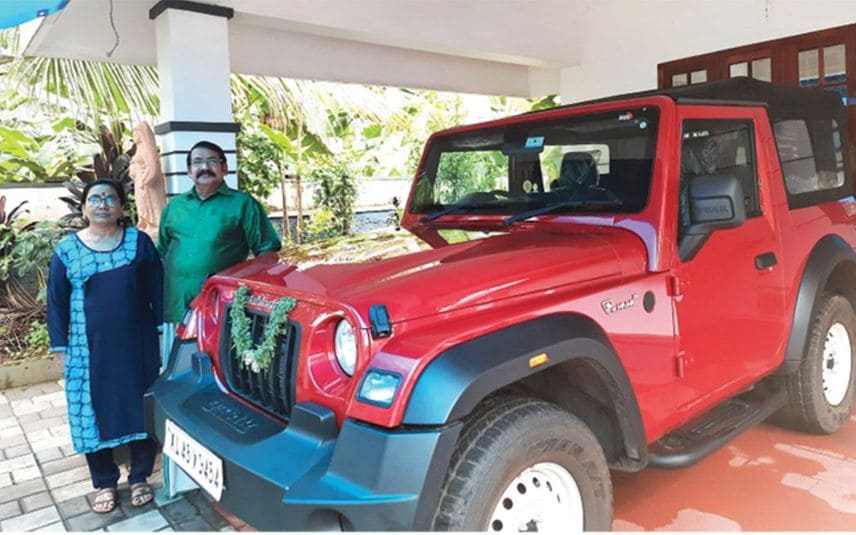 Angadipuram: NRI businessman Vignesh Vijayakumar was more than happy when his parents drove home the Mahindra Thar he bought in an auction sale conducted by Guruvayur Devasom Board.

Vijayakumar and his wife Geetha took home the vehicle after attending darshan at Guruvayur temple on Sunday. Their driver Ramakrishnan drove the Thar accompanied by the family.

Kerala would have been different if it had not lost those 5 years: Thomas Isaac