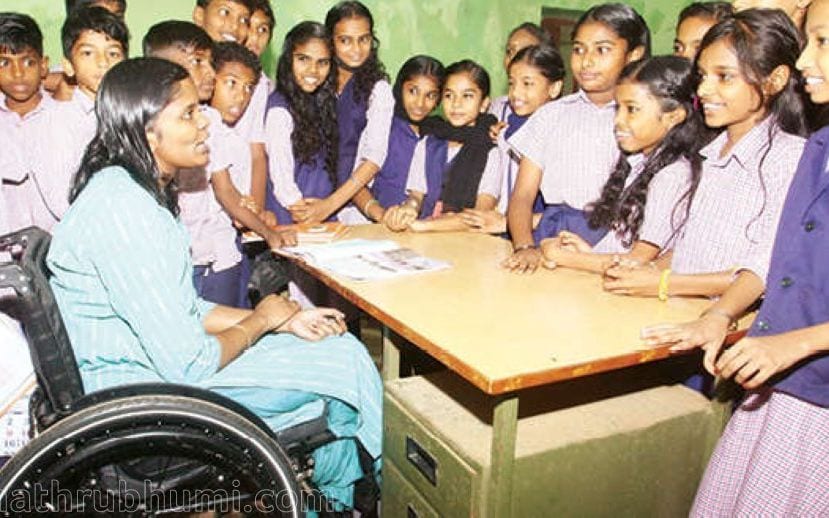 Ottappalam: Vidya Lakshmi returned to teaching after a gap of over a year. In April 2021, while she was on election duty at Agali GHSS, she tripped and fell off the building as there was no light. After the accident, she was paralysed waist down.

Vidya Lakshmi returned to Kadambur GHSS at Ottappalam in a wheelchair after one-and-a-half years of treatment. Her colleagues have set up a special ramp and toilet for her at the school. Vidya responded that she was happy to be back.

The State Election Commission had sanctioned Rs 7.5 lakh for Vidya Lakshmi but she has not received the special leave or salary that she is entitled to.

Even though she had applied for leave for two years, she was granted only 119 days. Vidya Lakshmi has approached the state administrative tribunal against this.