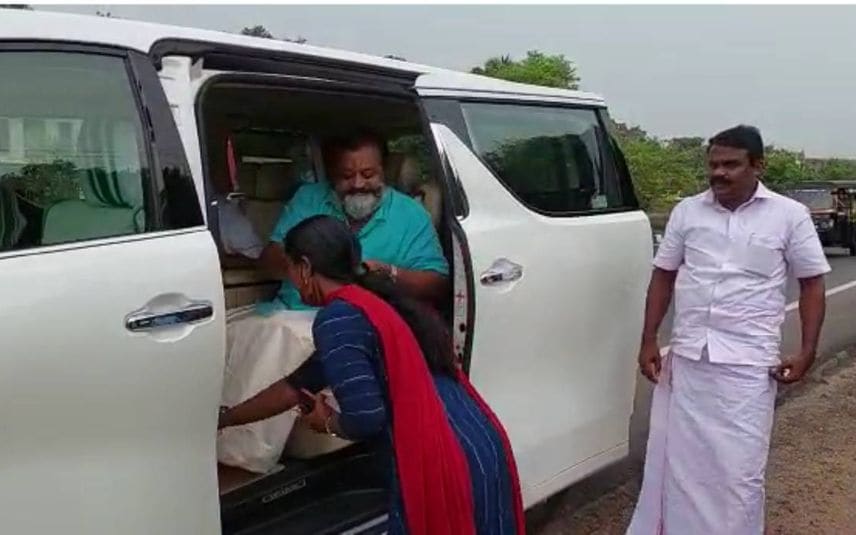 Thrissur: Actor turned politician Suresh Gopi is now facing criticism on social media after a video of him handing over 'Vishu Kaineetam' (gift) to people in Thrissur surfaced.

In the video, the BJP leader is sitting in his car and handing over money ('Kaineetam') to the women standing in a queue. After receiving the money, the woman is allowed to touch the feet of the actor for blessing. The actor also poses for photos with them after this. The actor has been ridiculed for his actions after the video surfaced on social media.

Vishu events were hosted in several parts of Thrissur since last Friday. The event was organised by the BJP unit with the support of the actor.

Earlier, Cochin Devasom Board had barred temple priests from receiving money from people to hand over the 'Kaineetam' to devote on the day of Vishu. The actor had given Rs 1,000 to the priest of Thrissur Vadakkunnathan Temple. Based on this, an order was released by the Devasom board without mentioning the name of the actor.