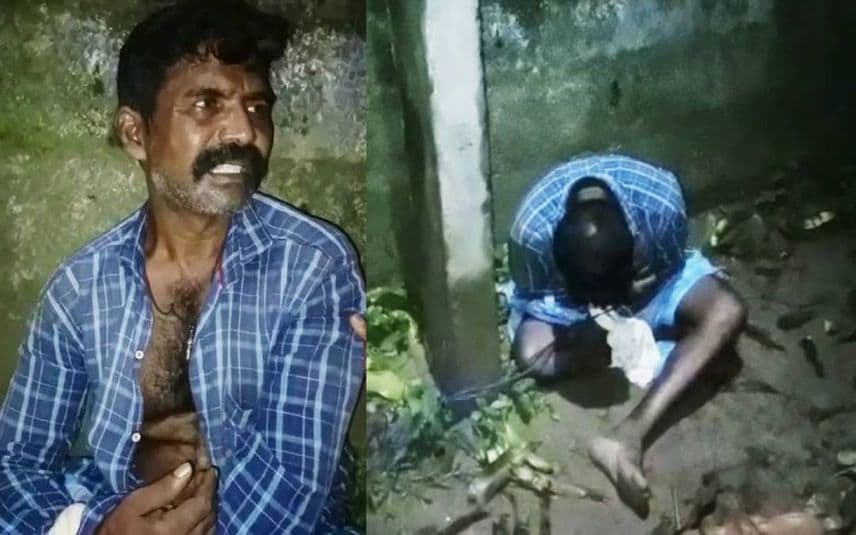 Thiruvananthapuram: In a tragic incident, 50-year-old man named Chandran, who was detained and allegedly attacked over suspicion of theft by locals in Perunguzhi here, succumbed on Saturday. Over the matter, Chandran’s brother has lodged a police complaint.

The incident, which ended up in the death of Chandran happened in the wee hours of May 29. The person was found at the house premises of a person named Mani in Perunguzhi under mysterious circumstances. Chandran who was hiding in the dark was caught by locals. They started questioning him, but he reportedly gave contradictory replies. Some of them thrashed him and they tied him. The locals found that he had kitchen utensils from Mani’s house. Chandran also reportedly confessed to it.

Later, the locals intimated the police and handed over him. The officials took him for the medical examination and informed the matter to his family members by evening. Following that, family members came in and police released him on bail.

On reaching home, Chandran showed discomfort and was not able to have food. He was taking rest at house as he had stomach pain. The family members took him to a primary medical centre in the area. The doctor suggested that he should be shifted to Thiruvananthapuram medical college.

But the person apparently was reluctant while family members had to rush him to the medical college itself as his condition worsened on Thursday. He was critically ill and in the medical examination, doctors found that Chandran had infection in the gut region. The person died by Saturday evening.

Amid this, video of the alleged mob attack surfaced in social media. Many attributed that the incident evokes plight of Madhu from Attappadi, the tribal youth who was lynched to death by a mob reportedly over suspicion of stealing rice from a grocery shop in 2018.

Public won’t be blocked on road, no ban on wearing black: Kerala Police ...