VPR, the man of scoops 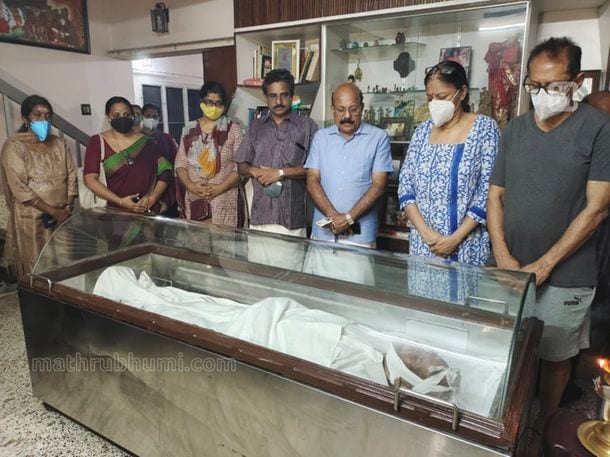 Popularly known as VPR among journalists, Vettath Puthanveettil Ramachandran was famous for his ‘scoops’ in the media world. He overcame the press ban in Pakistan during the rule of Ayub Khan to inform the world about the coup in 1958. He has covered the India-China war, Bangladesh issue, Vietnam war and Indian national politics meticulously.

After the takeover by Ayub Khan, there was no means of communication to reach out to anywhere else in the world. Foreign reporters were censored to cover internal matters. Besides, military intelligence was strong. However, it did not apply to the Pakistani media. They published everything freely.

VPR, the then PTI correspondent in Lahore, found a way to convey the developments to the world. He bought a Pakistani newspaper, made his edits on the paper itself, and sneaked it out of Pakistan via a pilot of Indian Airlines. That is how the world came to know about the coup.

Born on April 21, 1924, to Sekharan Nair and Rukmini Amma in Wadakkanchery, Thrissur, VPR started his career as a Lower Division Clerk in Military Accounts. Later, he moved to the news agency Associated Press of India, a division of Reuters, in Pune as a typist.

He started his profession as a reporter with PTI in 1949 in Assam.

From Assam, he was transferred to Mumbai as an editorial assistant. While India was preparing for its first election, VPR was posted in the national capital.

Under his leadership, PTI constituted an election desk to cover the election process all over the country.

Later transferred to Pakistan, VPR maintained personal relations with leaders like General Ayub Khan, the then Pakistan military chief and former prime minister Zulfikar Ali Bhutto, etc. He later said that he was criticised by many for his contacts in Pakistan.

VPR reported the Indo-China war from the warfront itself.

He joined UNI in 1964 as bureau chief and later became its deputy general manager.

His reports on Parliament proceedings and international affairs were models. He excelled in the field of investigative journalism too.

World leaders like US President Richard Nixon, and Idi Amin of Uganda were interviewed by VPR, Kerala Media Academy said on its website.

During the Emergency period, VPR was reassigned to the industrial city of Ranchi. His reports from Ranchi gave a new phase to the development journalism.

VPR was close to Indira Gandhi. His reports during the turbulent times in Congress were seen as a trusted source.

He replaced KP Kesava Menon, the founding editor of Mathrubhumi, after Menon’s death in 1979 and continued till 1984.

VPR’s mortal remains will be kept for public homage at MRA Hall, Mavelipuram from 9 am to 12 pm on Thursday. The funeral is at 2 in the afternoon at Athani crematorium.

Malappuram: Four out of nine accused in the kidnap and murder of a traditional medical practitioner in Nilambur here confessed to the crime, police said ..

Thiruvananthapuram: As part of the campaign ‘ Nalla bhakshanam naadinte avakasham’ , 190 raids were conducted by Kerala Food Safety department on Wednesday, ..