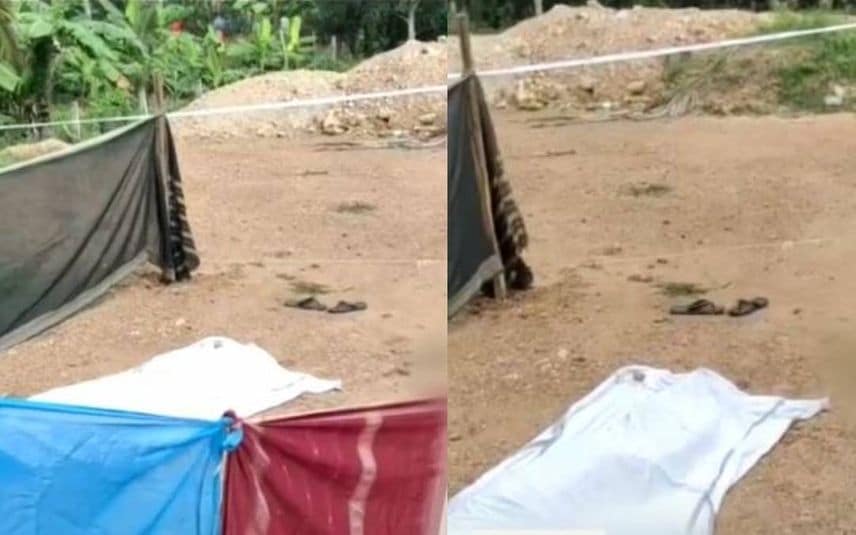 Visual from the crime scene / Photo: Screengrab from Mathrubhumi News

Thiruvananthapuram: Vishnu, a 23-year-old man from Kilimanoor here on Monday succumbed to injuries after being stabbed by a bike-borne gang.

The incident that ended up in the murder of youngster happened on Sunday night. Vishnu, along with his friend on a bike, was returning from the Razalpuram tar mixing plant, where he had been working. Another gang came on bikes and there was a verbal spat between the two parties. One of them stabbed Vishnu on his chest. The gang fled the scene after the act.

Vishnu, who was deeply wounded, was rushed to hospital but he succumbed to the injuries. Over the matter, police have initiated a probe. The officials have retrieved CCTV visuals from the region. The police are also probing whether any goonda gangs were involved.

Meanwhile, the autopsy of Vishnu was done at the Medical College here and the dead body was transferred to deceased’s family.