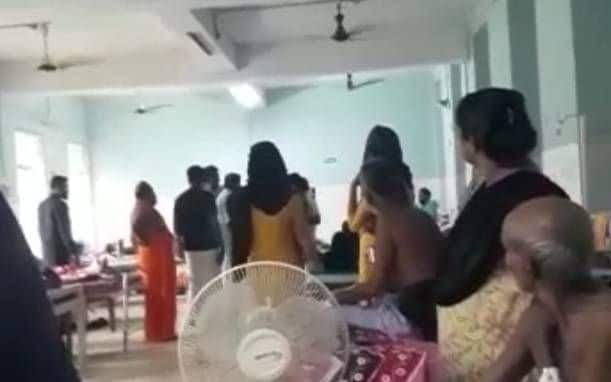 The screengrab of the video showing verbal spat

Thiruvananthapuram: After a video showing a verbal spat between a doctor at Parassala Taluk Hospital and Karad panchayat president surfaced on social media, the hospital superintendent here on Saturday has ordered an inquiry over the matter.

Reportedly, the incident featured in the video took place on June 1. The video shows the heated exchange between panchayat president Rajendran Nair and Dr Gopalakrishanan.

Rajendran Nair had taken a panchayat employee who got injured in a scuffle to the hospital. The injured person was shifted to the ward and the doctor asked bystanders including Rajendran Nair to leave from there. Following that the ward witnessed a heated exchange of words. In the video, it can be heard that the individuals are raging and using foul language.

Over the matter hospital superintendent, Dr Unnikrishnan has directed RMO to conduct an inquiry and furnish a report on the same. However, it is learnt that both the parties have not raised any formal complaints about the incident.

Meanwhile, the video is getting widely circulated on social media.