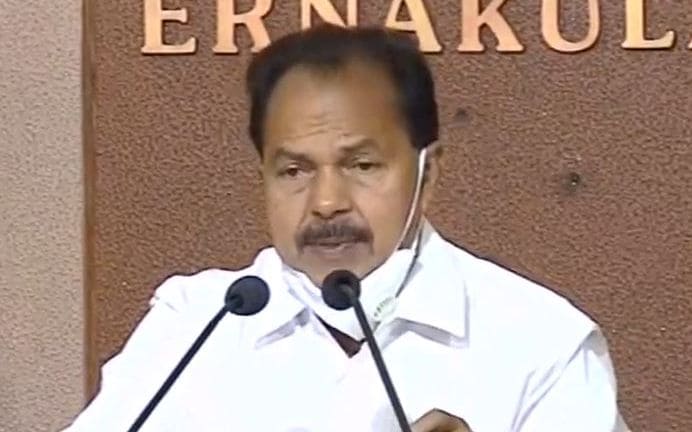 Kozhikode: Chief minister Pinarayi Vijayan on Tuesday lost his cool during the assembly debate on the gold smuggling case when Muvattupuzha MLA Mathew Kuzhalnadan accused his daughter of having links with the international consultancy agency PwC.

However, this is not the first time a Congress leader putting Veena Vijayan under a cloud and hinting illicit relationship between the government and the agency.

Mathew, on Wednesday, reiterated his claim he made in the assembly and presented 'proof' for it. He said Veena's company Exalogic had earlier claimed that PwC's director, Chicago-based Jaik Balakumar, is the mentor of the founders of Exalogic.

Two years ago, in July 2020, late PT Thomas, the then MLA from Thrikkakara, had accused "unholy relationship" between Jaik and Veena. He called for investigation into the matter. Thomas said the consultancy agreements of the government with PwC on Industrial Corridor, K-Fone, and E-Mobility were shady. He went on to say that the CM was supporting and protecting former IT Secretary M Sivasankar because of his over affection towards his daughter.

The accusations surfaced when it was revealed that the gold smuggling case accused Swapna was employed in another government project, Space Park, by PwC. Upon finding that the company faulted in verifying the background of Swapna, including her educational qualifications, the government banned PwC from participating in projects promoted by the Electronics and IT Department for the next two years. The ban will end this November.

Mathew on Tuesday during the debate over the adjournment motion moved by the opposition reiterated the same arguments. Amidst the flood of accusations in 2020, CM had not specifically addressed this argument earlier. He snubbed it baseless on Tuesday. Mathew, in a press conference on Wednesday, reiterated his argument and presented screenshots of the archived website of Exalogic which carries a photo and description of Jaik. Mathew said the website was edited more than 100 times after the controversy erupted in 2020.

Earlier, during the controversy surrounding the Sprinklr agreement, another MLA Eldhose Kunnappilly had accused Veena of being close to its MD Raji Thomas.