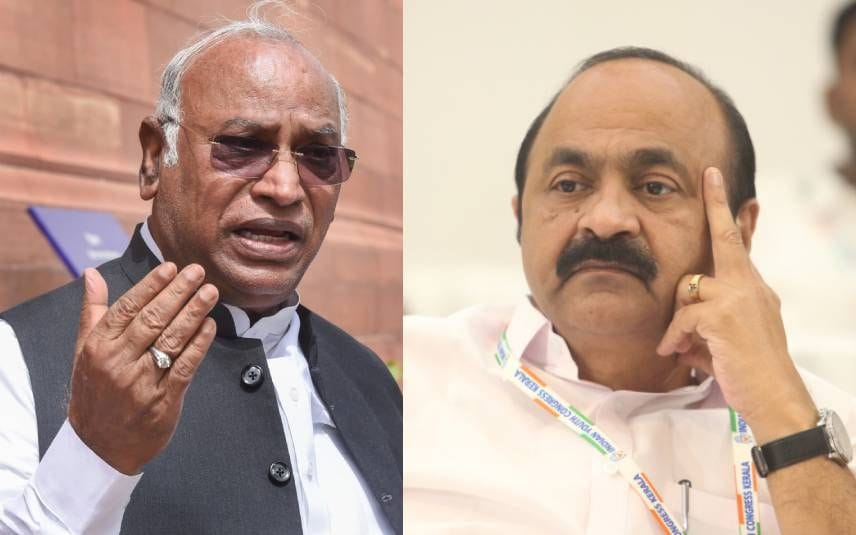 Kochi: Opposition leader VD Satheesan has extended support to senior Congress leader Mallikarjun Kharge in the Congress president election. He pointed out that he is waiting for the proud moment of the Dalit leader’s entry as Congress chief.

“The senior leaders decided to back Kharge after holding detailed talks. Hence, I also decided to support him,” declared Satheesan.

He also hailed Kharge as an experienced leader.

“Kharge, a leader from Dalit community had won the general elections nine times and elected as union minister and state minister. Hence, his entry as Congress president will be a proud moment. He is a well-experienced new leader who makes entry to the Congress leadership. Age is not a factor in the election. I don’t support sidelining elderly leaders,” said Satheesan.

Meanwhile, he rubbished the rumours on split in KPCC over Tharoor’s candidature.

“ Leaders in Kerala who back Shashi Tharoor in the election will not create a split in the party,” he added.