Decision to back off from Variyankunnan was not mine: Prithviraj 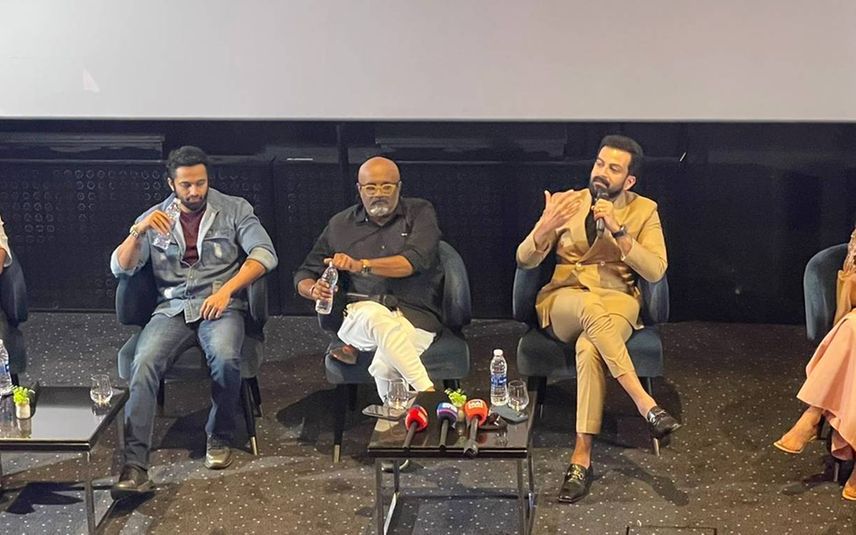 Dubai: Actor Prithviraj stated that the decision to back off from the movie ‘Variyankunnan’ was not taken by him. Meeting the press in Dubai, he said that the producer or director of the movie should respond to this and not him.

Prithviraj also made it clear that he did not pay heed to any allegations raised on social media against him or what the others say about his personal or professional life. The actor was participating in the press meet conducted as a part of the release of the movie ‘Bhramam’ in UAE.

Bhramam is the remake of Bollywood movie ‘Andhadhun’. It was Vivek Oberoi who suggested watching ‘Andhadhun’. There were many hindrances when he tried to remake the movie in Malayalam. However, it happened at last. The efforts of the director Ravi K Chandran and the scriptwriter Sarath helped to replicate ‘Andhadhun’ well, said Prithviraj.

Kochi:Filmmaker Sanal Kumar Sasidharan, who was arrested following a complaint filed by actor Manju Warrier on charges of blackmailing her, was on Friday ..