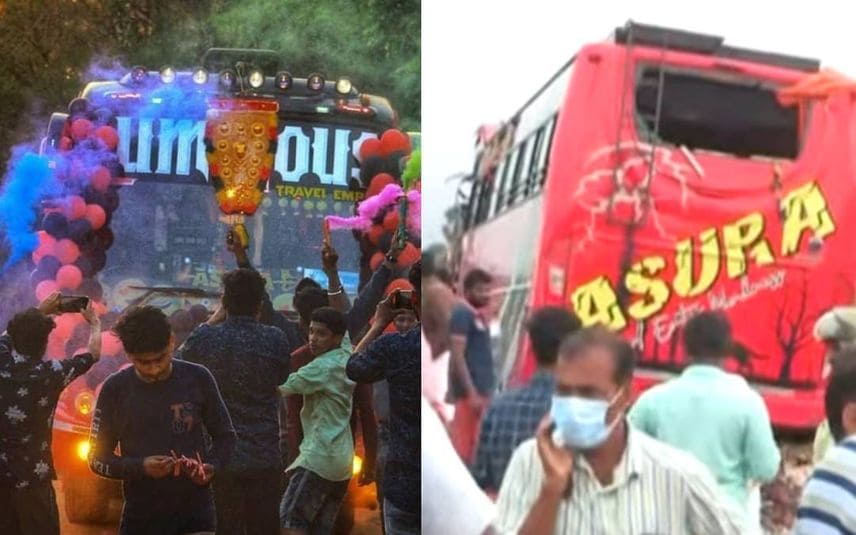 Vadakkencherry: The driver of the tourist bus that met with an accident here left the hospital secretly as police failed to take him in custody. Jomon, the accused, was overspeeding when the bus hit a KSRTC and overturned on Wednesday night. Nine people, including five school students, were killed in the accident.

Jomon was taken to EK Nayanar hospital here after the accident. He had only minor injuries. It is believed that after dressing the wounds, he left the place with the people of the bus owners.

The helper Eldho is admitted to Thrissur Medical College hospital with leg injury. He said he was sleeping when the accident happened and he doesn't know what happened.

The staffers reportedly had completed a Velankanni trip before they started the excursion of the Baselios Vidyanikethan Senior Secondary School, Ernakulam. They did not get proper rest. When parents pointed out that the driver was tired, he told them that his helper also drives the bus and it will not be an issue.

The bus was travelling at a speed of 97.7 kmph at the time of accident, an initial probe showed. The limit is 65 kmph.

The bus, named Asura, is owned by Luminous Travels. It is registered with the Kottayam RTO. There are already five cases against the agency for violation of rules such as installing colour lights and air horn.

The bus agency has a huge fan base among school and college students in Kerala. The Instagram handle of the agency is now ‘private’.