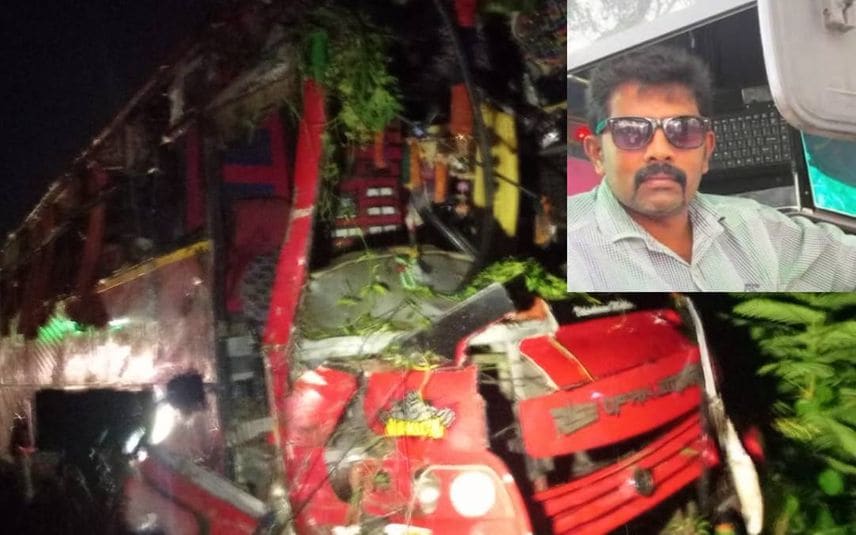 Palakkad: Jomon, driver of the tourist bus that met with an accident in Vadakkencherry on Wednesday night, dismissed claims that he fell asleep during the time of the accident. He asserted that the KSRTC bus suddenly applied brakes leading to the mishap.

Nine people, including five students, were killed after a private tourist bus rear-ended a KSRTC bus at Vadakkenchery in Palakkad.

Jomon, who was nabbed by the police on Thursday, was blamed for reckless driving leading to the accident.

However, he told police that he lost control of the bus and crashed after the KSRTC bus driver suddenly applied brake without warning. Meanwhile, the police arrested the bus owner Arun and the manager Jeswin.

Jomon told police that the KSRTC bus stopped abruptly for a passenger to exit from the bus. However, a passenger of the KSRTC bus, who escaped unhurt in the accident, dismissed this claim and added that there was no one to get off at that place.

Meanwhile, transport commissioner has filed a report before Minister Antony Raju pointing out the mistake by Tourist Bus. The report also mentioned that an accident occurred while the bus was trying to overtake a car through the left side.