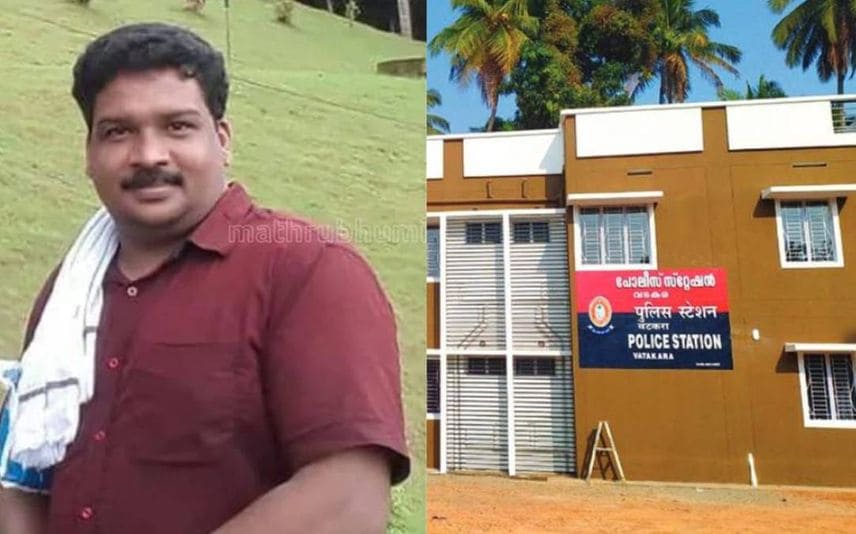 Vadakara: The Kerala home department has taken collective action against the police officers in connection with the death of a youth, who was taken into custody in Vadakara.

A total of 66 cops, including the station house officer have been transferred over the alleged custodial death of Thazhe Koloth native Sajeevan (42). Three police officers were suspended soon after the tragic incident, by considering prima facie evidence in the preliminary probe.

Sajeevan was taken into custody on Thursday night after a clash broke out between him and others when two cars met with a minor accident. Sajeevan, who was travelling in one of the cars, was in an inebriated state. The family alleged that he was beaten up by the cops in custody and later he collapsed on the ground after spending almost 20 minutes inside the police station.

The police officers did not pay heed to him, even after Sajeevan complained of chest pain, alleged his family. His friends, who were with him in the police station also accused the SI of slapping Sajeevan even after he confessed that he was drunk.

A sub-inspector, an assistant SI and a civil police officer of Vadakara police station were suspended on Friday by Kannur Range DIG Rahul R Nair, based on a report submitted to him by the Rural SP over the incident.

According to the report, the police officials failed to verify and take a medical report of the deceased and his friends who were drunk.

Meanwhile, the State Human Rights Commission has sought a report from the district police chief.

Man consumes poison in front of crowd and dies; police find 500 grams of chemical in his bag

Lucky to take up new role, but painful to read out obit of Kodiyeri on ...