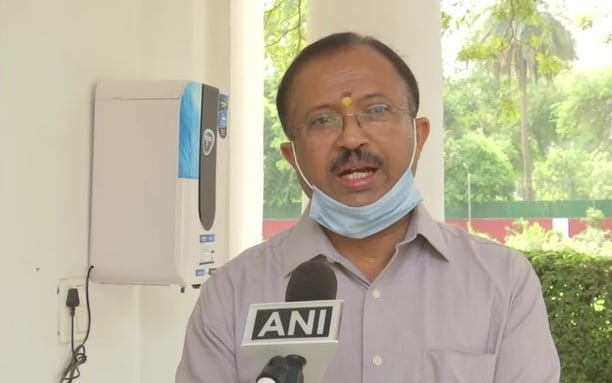 Thiruvananthapuram: Minister of State for External Affairs V Muraleedharan on Sunday slammed Kerala Chief Minister Pinarayi Vijayan over alleged political interference in the appointment of Vice-Chancellors of different universities in the state and asked him to apologize to the people for putting suspicion on the Rajbhavan.

The minister said Governor Arif Mohammed Khan wrote a letter to Vijayan and had openly mentioned that the quality of higher education is on the downside in the universities of Kerala.

Instead of addressing the matter, the Chief Minister is trying to confuse the people of the state, he said.

Muraleedharan alleged that the Chief Minister is trying to put the needle of suspicion on the governor.

"Vijayan should apologize to the people for putting suspicion on the Rajbhavan and the first citizen of the state," he said.

"He should come out openly accepting the mistakes of the state government and assure of the state that the sanctity of the post of the governor and autonomy of the universities will be protected," he said.

Earlier, the Governor, in a letter to Vijayan, has expressed his displeasure over political appointments in state's universities and urged him to amend the Acts of the Universities and take over as Chancellor. (ANI)