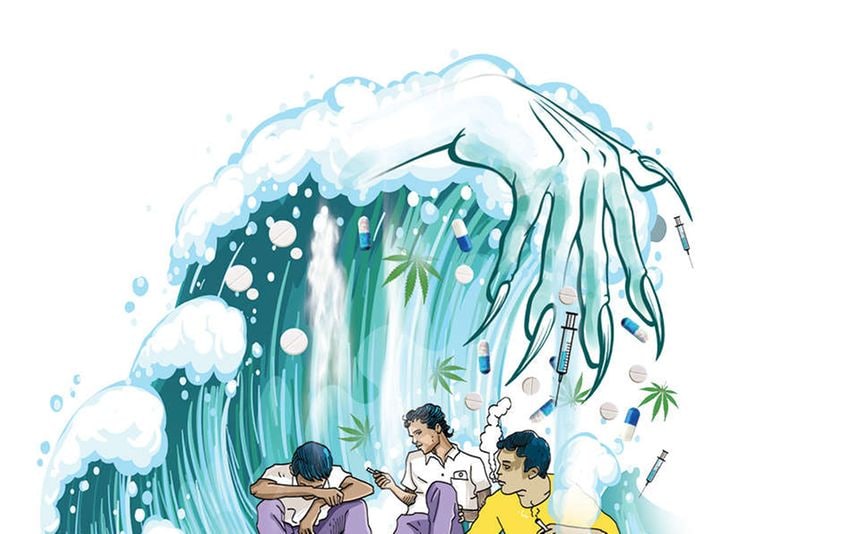 Kozhikode: The data of teens who sought treatment at Excise department’s ‘Vimukthi’ after being addicted to psychotropic drugs revealed the alarming situation prevailing in the state. Within one and a half years, 3933 students below 21 years of age were admitted to Vimukthi De-Addiction and Counselling Centres set up all over Kerala. Among them, 40 per cent are below 18 years of age. The appalling data surfaced in an inquiry conducted by Mathrubhumi correspondents.

20 per cent of the students admitted to Vimukthi could not fully recover from the clasps of drugs even after undertaking a 100-day treatment. Apart from this, 219 students arrived to attend counselling sessions in these de-addiction centres.

The authorities informed that most of the students arriving in Vimukthi are found addicted to MDMA or LSD stamp drugs. The students use the internet to find out and experiment new kinds of psychotropic drugs.

Students are widely used in the state for drug trafficking. 8483 students were nabbed for peddling drugs from January 1, 2018 to January 31, 2022. The Excise department pointed out that 10.5 per cent of them are children.