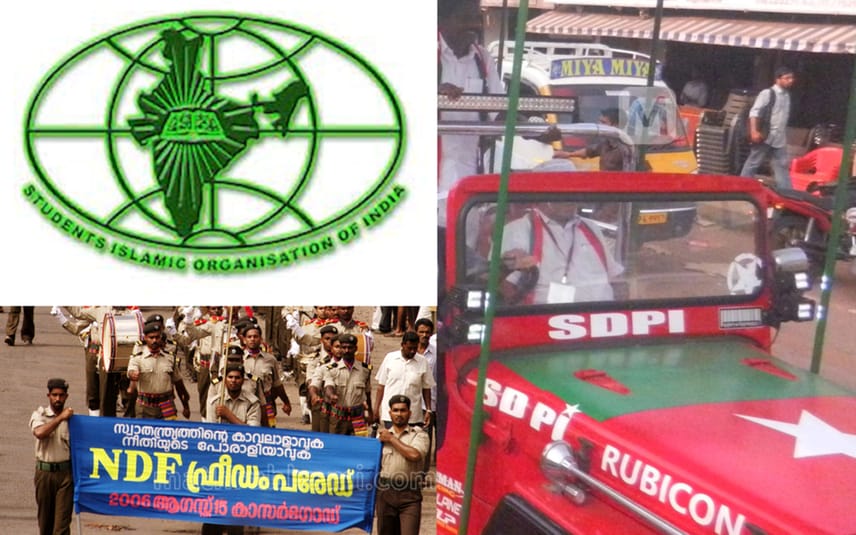 It remains to be seen how the five-year ban imposed by the central government will impact the Popular Front of India (PFI). With a history of jumping ships from one organisation to another, think tanks behind PFI had a history of moulding their organisation into something new, or finding solace in new outfits, whenever a larger foe was on the horizon.

It is worth remembering that the Popular Front of India(PFI) is a refined version of the Students Islamic Movement of India (SIMI), a banned terrorist organisation from the 1970s, whose aim was the ‘liberation of India’ through Jihad.

Professor P Koya, E Abubacker and EM Abdul Rahiman, the three prominent leaders of PFI in the country, were first to be arrested by National Investigation Agency (NIA) during their 'blitzkrieg' against PFI last week. These stalwarts were the founding members of the National Development Front(NDF), the precursor to PFI in the country, founded in 1993 in response to the demolition of the Babri Masjid. Even though SIMI was banned in 2001 -- shortly after the 9/11 attacks -- many members joined NDF.

NDF came under immense pressure following communal riots in Kozhikode district in 2002 and 2003, which witnessed the death of many people belonging to two communities at Marad beach in Kallayi near Kozhikode. Even Chief Minister Pinarayi Vijayan, during his tenure as CPM party secretary, said that NDF was involved in the Marad massacre and termed it a "terrorist outfit". In the following years, Kerala saw the fall of NDF and the rise of a new organisation -- Popular Front of India.

PFI was formed after the Kerala faction of former NDF members joined hands with Karnataka Forum for Dignity and the Manitha Neethi Pasarai in Tamil Nadu in 2006. In fact, the majority of PFI leadership includes former members of SIMI and NDF.

Despite efforts made to bring a lesser radical approach, PFI continued to create a communal rift by forming alliances with various Islamic terrorist groups.

Further, the 2010 incident of attack on TJ Joseph, a professor from Kerala, for allegedly hurting religious sentiments, brought the organisation under the radar of various state and central agencies. The Kerala government, in an affidavit before the Kerala High Court in 2012, said PFI was a "resurrected avatar" of SIMI and had “active involvement” in multiple murders, mostly CPI(M) and RSS cadres in the state.

Rooted in anti-Sangh Parivar ideology, the outfit was blamed for alleged "Love Jihad" incidents in Kerala, forced conversions of people belonging to other faiths and disappearance of some people from the state to join the Islamic State in Afghanistan and Syria. The activists of PFI and its allied organisations were also arrested for the killings of RSS-BJP leaders in Kerala during recent months.

The fundraising activities of the PFI and the donations received from Gulf countries were also investigated by central agencies. Despite being blamed for all these reasons, the PFI, however, continued its mission of upliftment of the Muslim community. However, it remains to be seen how they will respond to the ban imposed by the Indian Government.