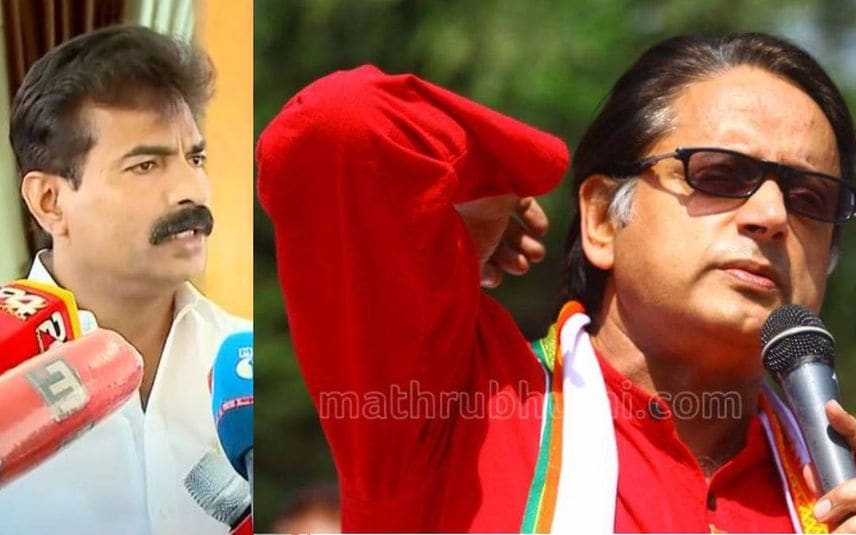 Kottayam: The ongoing discrepancies between the Congress leadership in Kerala and MP Shashi Tharoor took a new turn after Kottayam DCC president Natakkom Suresh claimed he was unaware of the Youth Congress organising an event featuring Tharoor in the district.

He claimed that the program was announced without holding talks with party leaders in the district.

Earlier, 'A' group leaders in Kottayam planned a programme with MP Shashi Tharoor as its chief guest on December 3 in Erattupetta.

Suresh said that he learned about the program through media reports and the youth congress district leadership did not inform him about it.

Former 'A' group manager and Kottayam MLA Thiruvanchoor Radhakrishnan also said he was not informed about the event. Earlier, he had come out in public against Tharoor's tour.

A poster of the event had triggered a controversy as it did not feature Opposition leader VD Satheesan. However, they re-did the poster to include Satheesan as well.