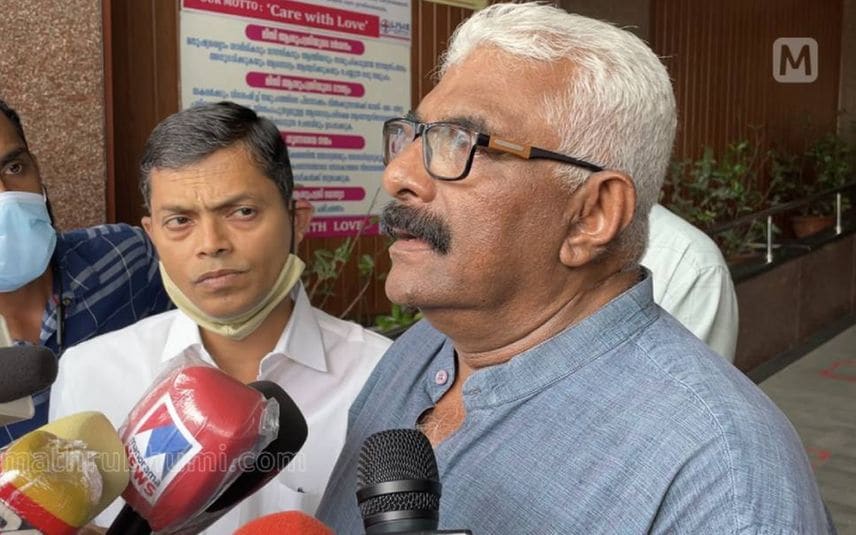 Kochi: In the wake of the controversy that scriptwriter John Paul succumbed on Saturday due to the absence of timely medical assistance at the time of his fall in January, his friend CICC Jayachandran has come out publically against it.

Terming the narrative as a pursuit with ulterior motive, Jayachandran put forth many scenarios while interacting with Mathrubhumi.com.

“Those who say they intimated police and fire and safety personnel should clarify why they did not call up palliative care centres or hospitals, which are minutes away?” he asked.

Jayachandran alleged that it was their lackadaisical attitude that left John Paul on ground for around three hours.

According to Jayachandran, to lift person like John Paul from ground and berth the latter on a bed an experienced personnel is required. “Hospitals having operation theatres in Ernakulam will have trained experts. Similarly, there was a palliative care centre, which is just five minute away from the place where John Paul used to stay. I don’t understand why they called police and fire force instead,” he said.

Jayachandran also alleged that first responders did not handled the situation properly.

After John Paul’s death, actor Kailash and another film personality Jolly Joseph, had revealed that in the third week of January, they received a frantic call from Paul. Kailash recalled how he rushed to Paul's house only to find him lying helplessly on the floor.

"He had a huge frame (about 160 kilograms) and despite several efforts, my friends and I could not lift him up. We sought help from an ambulance service, but they refused. We then called the Fire Force, they too turned down our request. At last we approached the local police station and two officials came quickly but were unable to do anything. For around three hours, Paul was lying on the floor," said Kailash.

Meanwhile, Joseph said later that Paul was planning to write about his ordeal when he was somewhat better. "He said perhaps it might help as such a service is badly needed in Kochi and that nobody else should suffer like him," said Joseph. When contacted, the local Fire Force official attached to the Ernakulam office assured of action if anybody is found guilty. "From our records so far we have not been able to find out if any such call was received that day. Meanwhile, we will again look into it and if there was any lapse on the part of anyone, action would be taken for sure," said the official.