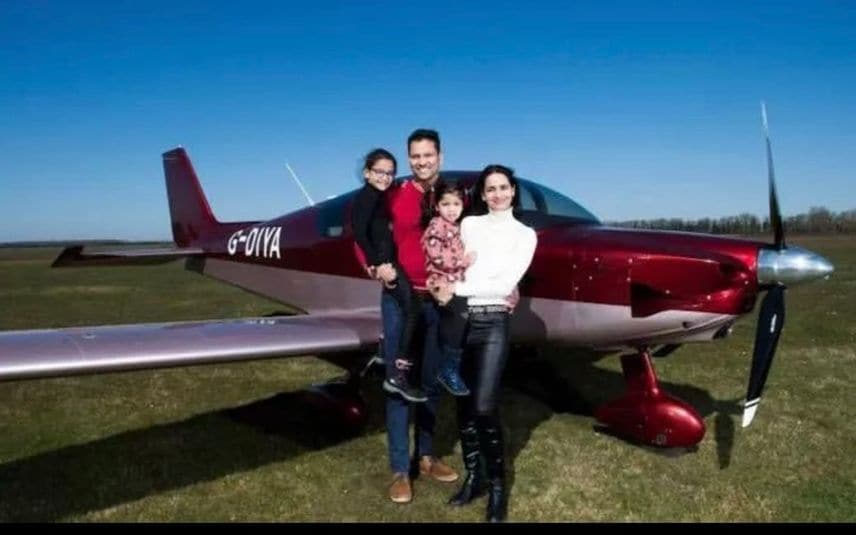 Ashok Thamarakshan with family in front of the plane he built | Photo: Facebook/AshokThamarakshan (Photo: fb)

Thiruvananthapuram: A Malayali mechanical engineer based in the UK made use of the COVID-induced lockdown to build an aircraft which he used to travel to different countries with his family.

Ashok Thamarakshan, is a mechanical engineer from the Alapuzha district of Kerala. He earned a pilot's licence from a British civil aviation company earlier.

Ashok said, "It was in the time of lockdown when I got the idea of making an aircraft. I built a temporary workshop in my house in London. I started the work on the aircraft in May 2019 and completed it on November 21, 2021."

"For the licence, there was three months trial flight. The first flight was on February 7, 2022 in London. It was for 20 minutes. Our family tour to Germany, France and Italy began on May 6," he added.

"I always wanted to take my family on trips in aircraft. Hiring aircraft was too expensive an option. I built aircraft mostly during the lockdown. We flew across 4 countries, and the aircraft is capable of flying across the country," Thamarakshan said.

The plane with four seats, one on which he flew to various countries is made at an expenditure of 1,40,000 euros.

He named his aircraft "G Diya" where G represents the icon of flights in London and 'Diya' is his younger daughter's name.

His wife Abhilasha is a native of Indore and working in the insurance sector in London. The family will return to London on July 30. Ashok Thamarakshan, lives in Billericay, Essex, UK.

Ashok, a 38-year-old mechanical engineer is the son of former MLA Prof AV Thamarakshan and Dr Suhruth A Latha.

Really happy to be back home: Pregnant Middle East returnee

4 flights will reach Kerala on May 7: V. Muraleedharan