The draft is prepared by former DGP T Asif Ali. Congress assures that they will implement this law if UDF if elected to power. 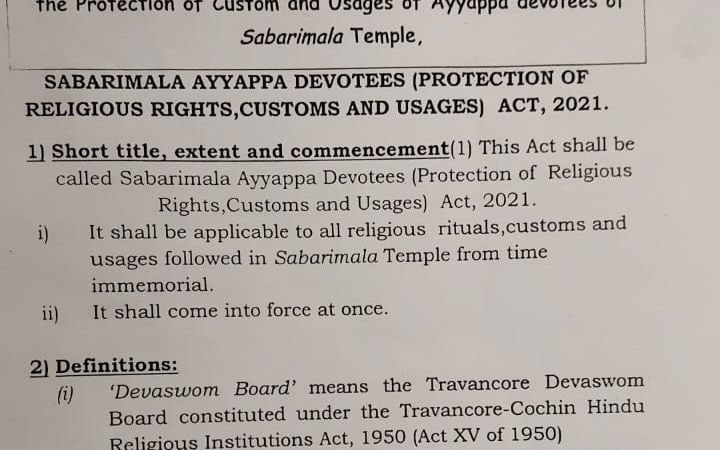 Kottayam: UDF has stated that they will pass a legislation in connection with protecting Sabarimala temple customs. Thiruvanchoor Radhakrishnan MLA has released the draft law that they plan to implement. It stated that those who violate temple customs will be imprisoned for up to 2 years and the Tantri will be the supreme authority of the temple.

Sabarimala temple became part of UDF’s campaign after Oommen Chandy took charge of the election campaign. Following this, it became the main slogan in the ‘Aiswarya Kerala yatra’ organized by UDF. This has prompted LDF to react on the issue although they tried to distance themselves from it initially.

Minister AK Balan even challenged UDF to release the draft law in this regard. Thiruvanchoor Radhakrishnan MLA released it in response to this challenge by AK Balan.

The draft is prepared by former DGP T Asaf Ali. Congress assured that they will implement this law if UDF is elected to power. UDF plans to put LDF government under pressure using Sabarimala issue.