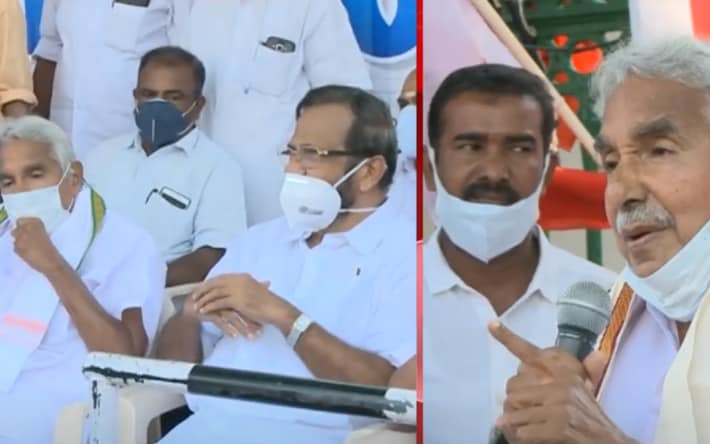 Oommen Chandy and others at Dharna | Photo: Screengrab

The state government had agreed to the central government's 'One Nation, One Tax' policy first. Then why did they refuse to include petrol, diesel and cooking gas in this, Oommen Chandy asked. He added that this cannot be accepted.

The UDF highlighted issues like fuel price hike, monetization of public sector undertakings and protecting accused in Muttil tree felling case, as part of the dharna. Veteran leaders will inaugurate the dharna in various districts.