The family escaped from serious injuries because the elephant returned voluntarily. 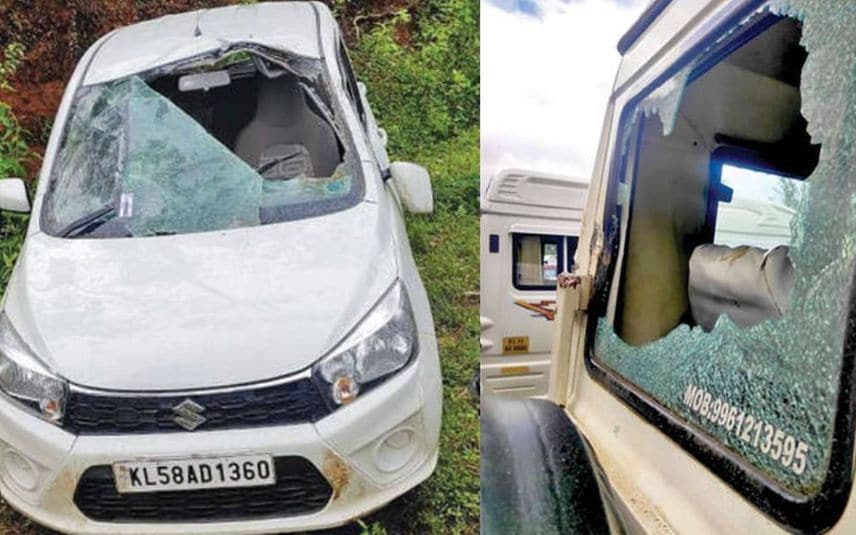 Wild attack on Thirunelli and Tholpetty; Four vehicles were wrecked

Thirunelli: Elephant attacks have been reported from Thirunelli and Tholpetty areas under Thirunelli panchayat. A car and a lorry were damaged in the attack on Sunday morning. A family from Kannur who were going to Thirunelli temple at 7.30 am was attacked. The elephant which was standing near the road came running and hit the car in which four people were travelling.

The family escaped as the elephant retreated to the forest. A vehicle that passed through the road before had provoked the elephant by honking the horn, said forest department officials and the passengers in the car.

Sudheesh Ayithara, a native of Koothuparamba who was in the front seat of the car, said that the elephant was provoked with the honking sound and came running towards their car. The elephant’s tusk hit the front glass and reached inside the car but Sudheesh escaped luckily.

After the attack in Thirunelli, the elephant attack occurred in the Tholpetty area by 8.30 pm. A lorry and two travellers were attacked. No injuries were reported. The front and back sides of the lorry were damaged. The forest officers said that there were two tuskers in the forest and they were fighting before they got into the road.

Thiruvananthapuram: In a major reshuffle ...

Two held for firing airgun at man in Kottayam