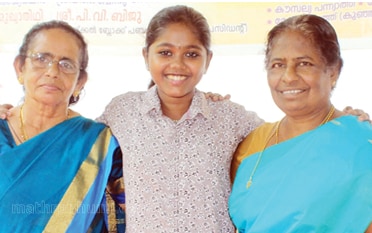 Thrissur: Chinnama and Baby were literally the two pillars of the little ones enrolled in Panjami anganwadi at Thangaloor here for decades. That’s why they received a memorable farewell as part of their retirement from services.

Chinnama who was a teacher in the anganwadi has retired from the service after 43 years. When she started her journey with this anganwadi, the wage was Rs 50. Now she is under Rs 12,000/ month wage category.

While Baby, a helper with the anganwadi has retired after 26 years of service.

The duo received a warm adieu and they are stepping into another chapter of their lives.

It is being told that once the children’s walk to the anganwadi and return to their homes was a time reference for many locals.