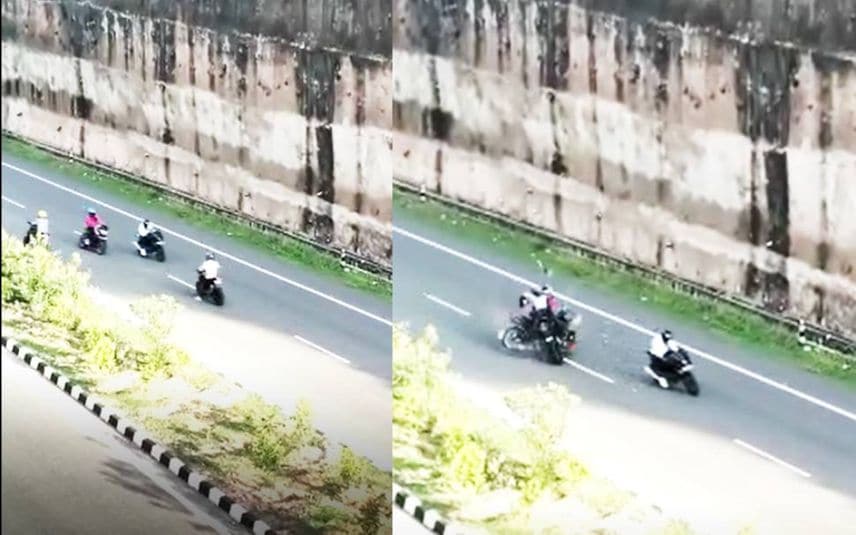 Thiruvananthapuram: Two young men were killed after a bike collided with another bike during a dangerous racing on Vizhinjam Mukkola bypass here on Sunday. The deceased are identified as Chowara native Sarath and Vattiyoorkkavu native Muhammad Firoz.

The accident took place on Sunday around 5.30 pm.

According to reports, the two overspeeding bikes which were reportedly engaged in a race on the road collided with each other.

Though the two youth were rushed to the nearby hospital, they were pronounced dead there.

The front portions of both bikes were completely damaged in the collision. Both bikes were found lying on the same side of the road.

A bike racing was held here on Sunday morning too and police seized four bikes. Police informed that strict action will be taken to check such dangerous bike racing on road.