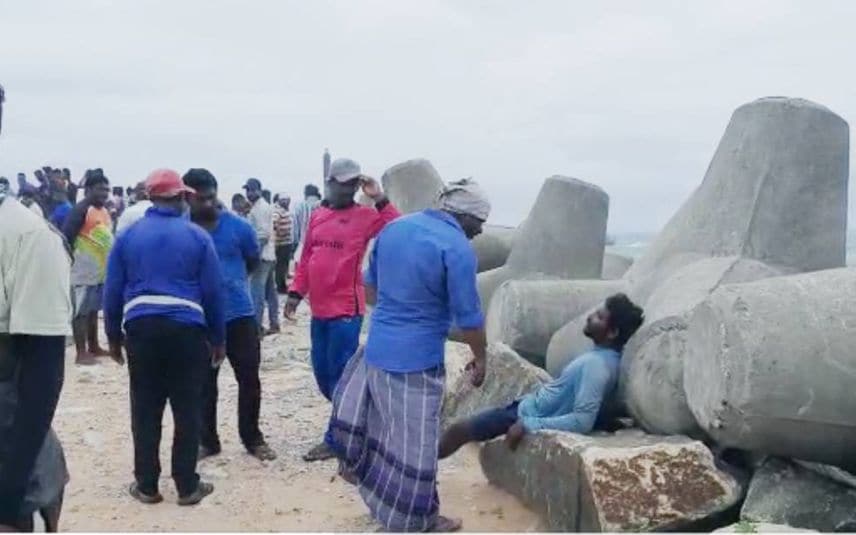 Thiruvananthapuram: Two fishermen died and three were reported missing as a fishing boat capsized in rough seas off southern Kerala on Monday.

There were 23 crew members aboard the vessel when it capsized in the sea off Muthalapozhi in this district, police said.

Bodies of two fishermen were recovered by the rescuers and an operation was on to trace three missing crew despite difficult weather conditions.

While nine fishermen were rescued by the coastal police, the remaining swam to the shore, they said.

Indian Coast Guard immediately activated its search and rescue operations on receipt of the information about the accident.

Efforts by Coast Guard Charlie Ships and Advanced Light Helicopter (ALH) are on to rescue those missing, a Coast Guard official said. PTI