The Superintendent of Police (SP) of Dakhshin Kannada while speaking to ANI said that till now, a total of 15 people were questioned, out of which 2 people were arrested. He further added that they are also probing the possibility of a Kerala registration vehicle used in incident. 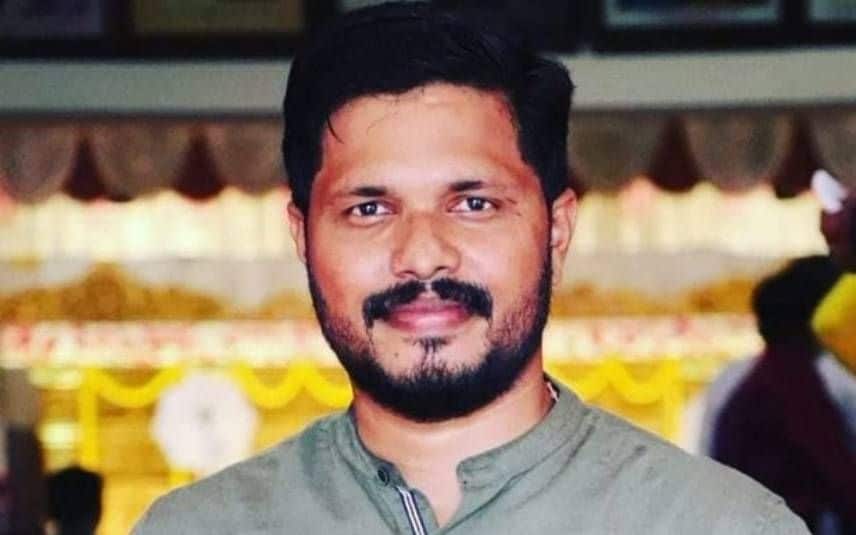 Karnataka: The Karnataka Police on Thursday said that they have arrested two people in connection with the murder of BJP Yuva Morcha worker Praveen Nettaru.

The accused persons will be produced before a local court, the officials added.

The Superintendent of Police (SP) of Dakhshin Kannada while speaking to ANI said that till now, a total of 15 people were questioned, out of which 2 people were arrested. He further added that they are also probing the possibility of a Kerala registration vehicle used in incident.

Praveen Nettaru, a young BJP worker, was attacked with lethal weapons by unidentified people on a bike in Bellare in Dakshina Kannada late Tuesday evening.

Karnataka Home Minister Araga Jnanendra while making a statement on the incident said that the involvement of the extremist Popular Front of India (PFI), and its political arm Social Democratic Party of India (SDPI) is suspected.

He further said that the state and central governments are considering to ban the organisations. However, the organisations cannot be banned based on a single incident. Though the groups were banned in other states, they have gotten a stay from courts against the ban, he added.

Araga Jnanendra said that Praveen was a very good person and loyal to the party. BJP workers feel that the incident happened in their own homes. As a result, the party workers expressed their outrage.

Taking a jibe at the Congress, Jnanendra said that the unlike BJP workers who have dedicated their lives to serve the country, there are paid workers in Congress.

Praveen Nettaru's mother on Wednesday sought the death penalty for the culprits.

"I'm not feeling well. His father is also a heart patient. Culprits should be punished, whoever did this must be hanged," said Nettaru's mother.

Earlier, Karnataka Chief Minister Basavaraj Bommai assured that justice will be served to the family of the victim and those who perpetrated the heinous act will not be spared.

"We will not rest till the culprits who perpetrated the heinous act in Mangaluru, that provokes social unrest and discord, are crushed," Bommai said.

Bommai on Wednesday also announced the cancellation of the 'Janotsava' convention after tensions erupted across the state in connection with the BJP worker's death. The announcement was made by Bommai during a press conference on Wednesday night.

Praveen Nettar, a Zilla BJP Yuva Morcha committee member, was hacked to death in the Dakshin Kannada district of the state. Nettar was killed in front of his broiler shop in Bellare by three bike-borne people.