CPI (M) Thiruvananthapuram district secretary Aanavoor Nagappan alleged that Adoor Prakash was involved in the crime and that the MP was trying to save himself. 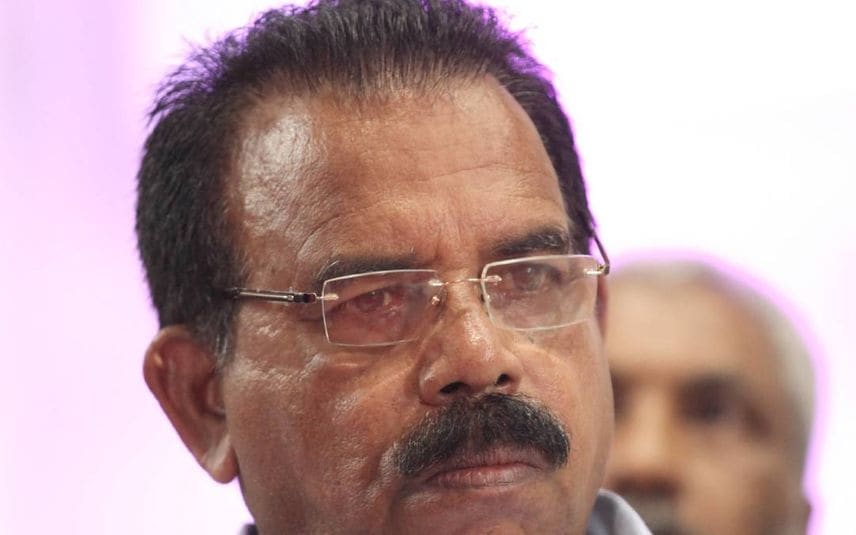 “They may have carried the weapons for self-defence as conflicts erupted in the area frequently or maybe they grabbed it from the attackers during the scuffle. The two DYFI activists were not going to attack anyone,” asserted Nagappan.

He pointed out that the conspiracy to kill the DYFI activists was hatched at two places.

“They were not killed following a dispute. The killers were well-planned and trained goons are behind the crime. They conspired to execute the crime on the eve of Thiruvonam,” alleged the CPI (M) leader.

Nagappanalso alleged that Adoor Prakash was involved in the crime and that the MP was trying to save himself.

“Conflicts erupted in Thempammoodu area after the Lok Sabha elections. Earlier, the area was a Congress stronghold. But later, a group of youth from Congress Joined CPI (M). Now, two among them have been hacked to death,” he added.

“Congress activists started to use weapons during conflicts after Adoor Prakash entered in Lok Sabha elections. During the last day of the election campaign, Congress got worried that the CPI (M) and LDF had gained the upper hand and created tension in the area,” said the CPI (M) district secretary.

“A few months ago, they tried to kill a DYFI activist. Adoor Prakash MP directly intervened in the case to save the accused. He arranged a hide-out for the accused and intervened to change the sections of the case. The accused in this case are also involved in the twin murder. All accused who were nabbed in the twin murder case are Congress activists. Despite knowing these facts, Congress is claiming that gang war between goons led to the murder,” he noted.

Aanavoor Nagappan also demanded a comprehensive probe into the twin murder case. He condemned the allegations that personal rivalry led to the murder. He also slammed the Congress for insulting the victims as goons.

“Congress is propagating lies about the incident. It is alleged that DYFI leader Rahim bribed a witness of the murder at the police station. Congress activists are trying to create violence across the state. They are raising fake allegations that CPI (M) men attacked congress activist Leena’s house in Muttathara. CPI (M) was not involved in the attack,” claimed Aanavoor Nagappan.