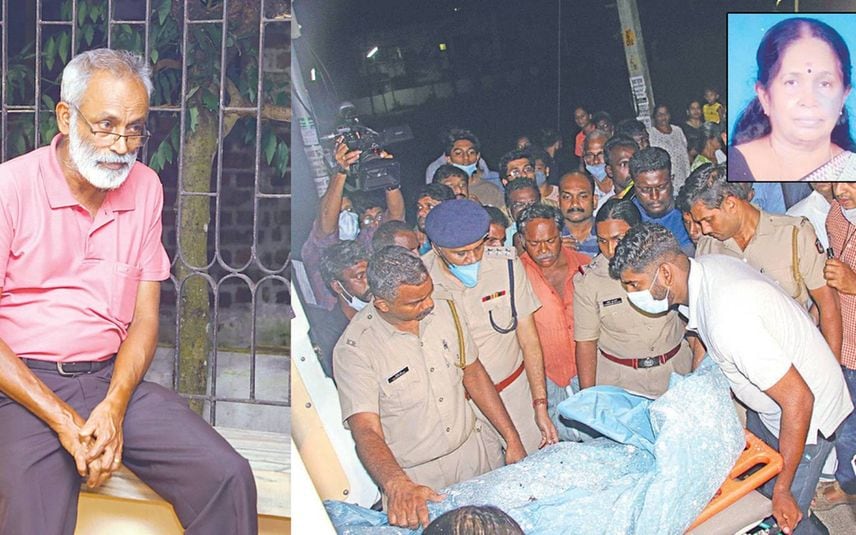 Thiruvananthapuram: A migrant worker, hailing from West Bengal, suspected of having murdered a 67-year-old woman and dumping her body in a well in her house here, was on Monday caught in Chennai.

Thiruvananthapuram City Police Commissioner Sparjan Kumar confirmed that the suspect was caught by the Railway Protection Force (RPF) in Chennai, Tamil Nadu and that a team of Kerala police was on its way there to take him into custody.

He said the police had on Sunday itself, when the crime was committed, had informed the police of nearby States as well as the RPF to be on the lookout for the suspect.

Murder of woman in Thiruvananthapuram: ...

Earlier in the day, after visiting the crime scene, the Police Commissioner told reporters that five men from West Bengal who were living adjacent to the victim's home have been taken into custody and being questioned.

The sixth person who was with the five on Sunday was missing and efforts were on to find him, he said.

The Bengal natives were part of a crew engaged for construction of a house adjacent to the victim's, the police said.

The crime was committed when the woman was alone, they said.

The woman and her husband were the only occupants living there and one of the migrant workers used to work in their house, the police said.

The body was found in the well while searching for the woman after her husband found her missing when he returned home.

Robbery was suspected to be the motive behind the murder, the police added.