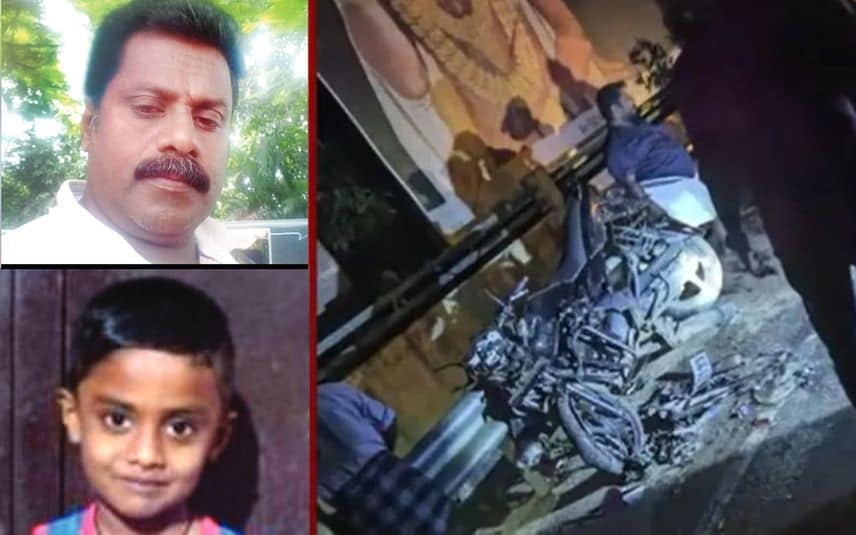 Thiruvananthapuram: In a tragic incident, a man and his eight-year-old son died after a speeding car rammed into the two-wheeler in which they were travelling. The deceased are identified as Nagaroor native Pradeep and his son Sreedev.

Pradeep’s elder son Sreehari suffered severe injuries in the accident and rushed to the hospital.

The accident took place on Saturday night at Kallingal area.

According to the witnesses, the car which was on wrong side knocked the two-wheeler. Pradeep and Sreedev were died on the spot.

Police reached the scene and took two passengers in the car into custody. It is assumed that the car passengers were drunk. Police took the duo to hospital for medical examination.